Hebei Province, which accounts for about 25% of China's steel production, was hit by torrential rains that disrupted road and rail traffic. Xi Jinping ordered urgent measures to prevent loss of life and material losses. 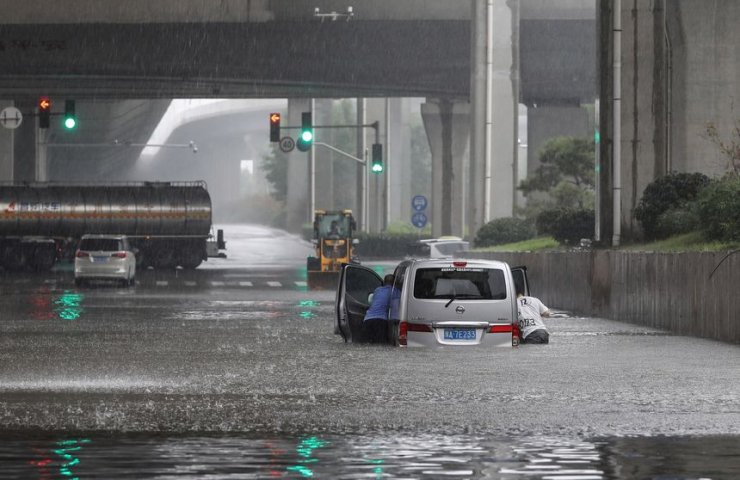 Record rains in central China caused severe flooding that claimed at least a dozen lives, turned city streets into raging rivers and forced authorities to evacuate around 100,000 people and mobilize troops to save dams on the brink of collapse.

Several highways have been closed, and more than 100 passenger rail flights have been delayed or suspended in Hebei province in northern China due to heavy rains and gusty winds that hit many parts of the province since the second half of Tuesday.

Hebei Province provides a quarter of all steel production in China and is the country's largest region in terms of metallurgical production. So far there have been no reports of force majeure in the supply of rolled metal, but according to analogies with Germany, such statements may follow in the coming days.

The Provincial Meteorological Disaster Prevention Headquarters issued an Emergency Alert Wednesday morning urging all provincial units to do their utmost to deal with heavy rainfall in the central and southern regions.

Due to heavy rainfall, the National Meteorological Center (NMC) on Wednesday morning issued an orange warning in many regions of the country, including Henan and Hebei.

As a reminder, China has adopted a four-level warning system for adverse weather conditions, in which the highest level of danger is indicated by red, followed by orange, yellow and blue.

According to the official Xinhua News Agency, Chinese President Xi Jinping has ordered urgent relief measures to minimize human and material losses and prevent disease outbreaks after the flood.

Recommended:
Ukrainian Association of Secondary Metals Opposes the Ban on the Export of Scrap Metal
Ukrainian stainless pipe manufacturer spends 50% of investment on environmental projects
Production of vehicles in Ukraine in June decreased by a quarter - Ukravtoprom
On this topic
Sriwijaya Air SJY 182 from Jakarta to Pontianak disappears from radar immediately after takeoff
Mitsubishi Heavy to build largest zero-carbon steel plant
Korean auto makers will switch to hydrogen engines with help from Chinese steelmakers
Mitsubishi consolidates Japanese shipbuilding
36 people were killed at a construction site in Cambodia after the contractor saved on the valve
China will impose additional restrictions on steel smelting
Partner news
Сomments
Add a comment
Сomments (0)
News Analytics
Azerbaijan's SOCAR plans to invest in the extraction of battery metals in26-07-2021, 22:00
The first domestic industrial energy storage system was developed and launched26-07-2021, 22:11
The profitability of purchases of scrap metal in Ukraine has decreased, but is26-07-2021, 17:27
Metinvest is ready to pay more than 9 billion hryvnia for the Dnieper steel26-07-2021, 13:01
Cherkassk Azot by Dmitry Firtash completed the modernization of the ammonia26-07-2021, 13:45
On the regional markets of metallurgical products, prices are balancing in a22-07-2021, 16:22
Demand for armaments will ensure a stable growth of armored steel sales by 4%20-07-2021, 10:10
Protectionist Measures Support European Steel Prices Despite Summer Lull19-07-2021, 11:02
Positive price growth is observed in the markets for metallurgical products16-07-2021, 14:12
European steel market is in confusion: price growth has slowed down, but no one21-06-2021, 17:40