China has increased the capacity of wind farms by a third, and solar - by a quarter

The total share of solar and wind power plants in China has reached 24.5% of the country's total electricity generation. 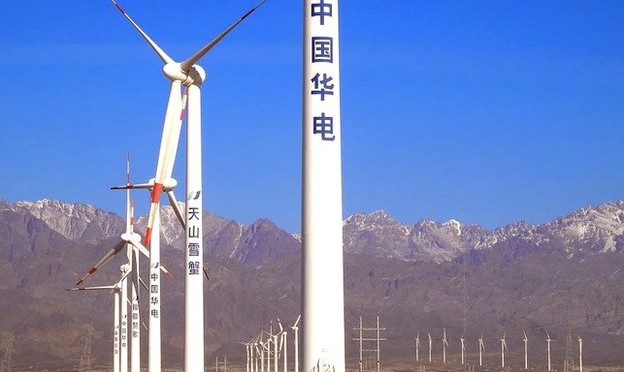 China has seen a steady increase in installed renewable energy capacity in January-May 2021, according to data from the PRC State Energy Administration.

According to the data, as of the end of May, the installed capacity of power plants in the country amounted to 2.24 billion kW.

China is moving forward in the development of renewable energy sources amid the transition to a low-carbon economy.

The country previously announced that it will aim to peak carbon emissions by 2030 and carbon neutral by 2060.

Финансовая аналитика, прогнозы цен на сталь, железную руду, уголь и другие сырьевые товары. More news and analytics on Metallurgprom telegram channel - subscribe to get up-to-date market information and price forecasts faster than others.
Сomments
Add a comment
Сomments (0)
On this topic
Beijing: climate targets will be met with domestic energy supply
China plans to become carbon neutral through science
China's lithium-ion battery production grows over 60% in half a year
China becomes a leader in decarbonization resources and technology - Wood Mackenzie
Platts: steel Market of China will not be able to recover until the second half of the year
China expands car market capacity by increasing demand for steel and metals
Recommended:
Donetsk and Torez electrotechnical plants will start producing electrical substations from Chuvash parts
EU Commission not doing enough to save aluminum industry - associations
ThyssenKrupp invests 2 billion euros in the construction of Europe's largest DRI plant
News Analytics
The production of passenger cars in Russia decreased by 2.8 times in eight29-09-2022, 11:19
Donetsk and Torez electrotechnical plants will start producing electrical29-09-2022, 11:37
Ukrainian coking plants reduced gross coke production by 55.2%29-09-2022, 11:28
China ramps up investment in transport to bolster economy29-09-2022, 11:33
The heads of mining companies named the main risks for business29-09-2022, 10:03
China production cuts in winter will give limited boost to steel markets -15-09-2022, 10:09
Steel prices may rise as manufacturers stop production11-09-2022, 14:06
IREPAS: The global long products market is in a "dramatic situation"10-09-2022, 20:49
Steel prices are unlikely to rise significantly in the near future - analysts02-09-2022, 22:58
Steel prices may move up on new data from China31-08-2022, 12:19
Sign in with: