U.S. officials from the Bureau of Industry and Security of the U.S. Department of Commerce have identified the first Belarusian and several Russian aircraft exported to Belarus and Russia in clear violation of U.S. export controls 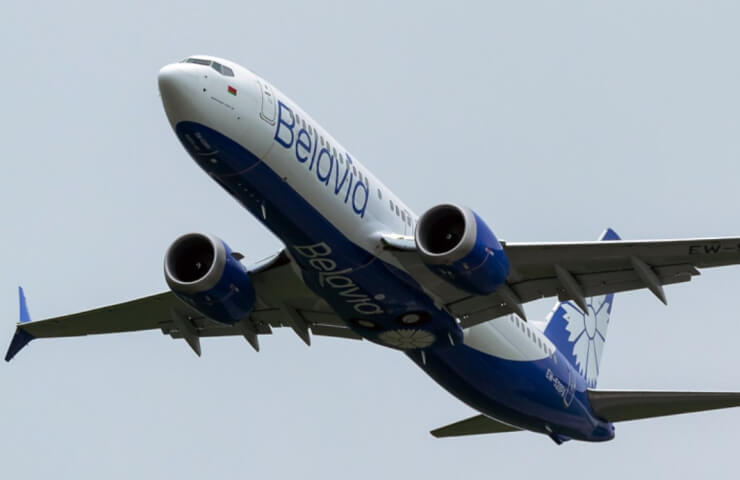 The U.S. Department of Commerce on Thursday, through its Bureau of Industry and Security (BIS), identified and released details of 10 additional aircraft likely to violate U.S. export controls, including the first seven commercial aircraft owned or operated by Belarus identified since the tightening restrictions against Belarus on April 8, 2022.

BIS has also updated the tail numbers of 32 aircraft already included in the list, taking into account the expected re-registration of aircraft in Russia. The listed aircraft arrived in Russia and/or Belarus in apparent violation of the Export Administration Regulations (EAR). BIS has also allowed two aircraft to take off from Russia and they will be delisted.

"Anyone anywhere, including in Belarus or Russia, is at risk of violating the EAR and subject to BIS enforcement action, which may include significant jail time, fines, loss of export privileges, or other restrictions," warned at the US Department of Commerce.

"Keeping this list reassures Putin and his aides that they are isolated from the world, and anyone who tries to facilitate their aggression or ignore our export controls does so at their own peril," Commerce Minister Gina M said. Raimondo. “We will continue to work with our allies and partners to cut off Russia and Belarus from the world economy in order to maximize the pressure on Putin and his military.”

From March 2, 2022, BIS introduced expanded and strict controls on aviation-related goods destined for Belarus, including on certain aircraft or aircraft parts, similar to those introduced for Russia on February 24, 2022 . On April 8, 2022, BIS issued a rule that removes the availability of license exemptions for any aircraft registered, owned or operated, or chartered or leased by Belarus or a Belarusian citizen, and imposes a license requirement for these Belarusian aircraft. As a result, any aircraft made in the United States or manufactured in another country that contains more than 25% controlled content of American origin is subject to licensing if such aircraft is destined for Belarus or Russia.

Финансовая аналитика, прогнозы цен на сталь, железную руду, уголь и другие сырьевые товары. More news and analytics on Metallurgprom telegram channel - subscribe to get up-to-date market information and price forecasts faster than others.
Сomments
Add a comment
Сomments (0)
On this topic
The United States expands the list of organizations associated with the development of Russian
The U.S. Department of Commerce extends a temporary General license Huawei
The US Department of Commerce has published a "black list" of Russian and Chinese
In the list of enemies of the United States listed more than a thousand companies worldwide
US Department of Commerce accuses China of transit of its stainless steel through five countries
The United States will expand sanctions against Russia
Recommended:
IREPAS: The global long products market is in a "dramatic situation"
Russia may increase taxation of oil, gas, coal and fertilizers
Islamabad receives $1.5 billion investment proposal for PSMC privatization
News Analytics
EBRD downgrades Ukrainian economic growth forecast for 2023 from 25% to 8%28-09-2022, 13:57
EU plans additional sanctions against Russian metallurgy27-09-2022, 10:34
The European Commission has approved 5.2 billion euros of state support for27-09-2022, 10:43
China's leading industrial profits fall 2.1% in first 8 months27-09-2022, 10:20
Moody's changed the outlook for the global mining industry to26-09-2022, 19:04
China production cuts in winter will give limited boost to steel markets -15-09-2022, 10:09
Steel prices may rise as manufacturers stop production11-09-2022, 14:06
IREPAS: The global long products market is in a "dramatic situation"10-09-2022, 20:49
Steel prices are unlikely to rise significantly in the near future - analysts02-09-2022, 22:58
Steel prices may move up on new data from China31-08-2022, 12:19
Sign in with: