Russian gas supplies to Europe via Belarus fell by a third over the weekend, exacerbating the acute shortage of hydrocarbons in the EU market. 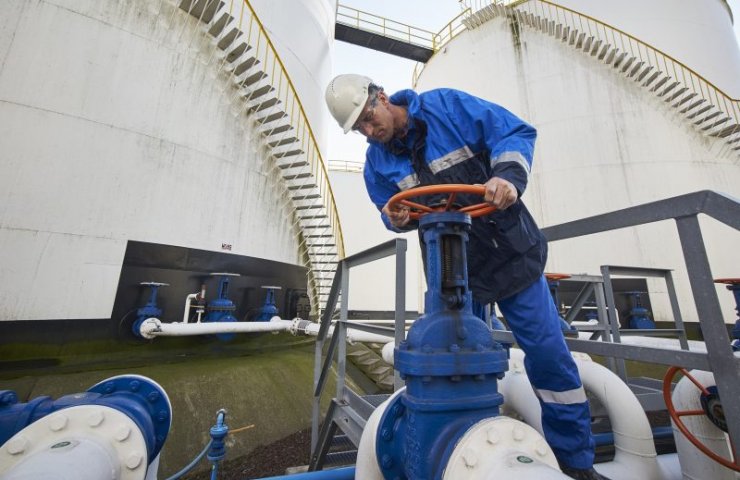 The message indicates that the injection of fuel into the largest gas storage facilities in Europe has decreased - in Austria (Haidach), Germany (Rehden), the Netherlands (Bergermeer).

At the same time, injection usually grows on weekends, as demand from industry decreases and additional resources are freed up to direct gas to storage facilities.

At the same time, gas supplies to Europe through the Yamal-Europe gas pipeline (it passes through Belarus and Poland to Germany) have decreased from 84 to 50 million cubic meters per day, according to data from the German transit operator Gascade.

The European gas balance is currently in dire shortage. The task of restoring gas reserves after a cold winter is complicated by the shortage of liquefied gas on the world market. Because of this, prices on the European market last week exceeded $ 500 per thousand cubic meters.

Recommended:
A pilot project for storing hydrogen in underground gas storages starts in the Luhansk region of Ukraine
Italian engineers develop anti-hacker rolling mill
Ukraine will buy 90 Swiss Stadler trains for a loan from Switzerland
On this topic
Gas prices in Europe renewed record highs and approached $ 500 per thousand cubic meters
Gas price in Europe skyrocketed to $ 464 per thousand cubic meters
Azerbaijan announced the start of commercial gas supplies to Europe
S&P Global Platts: the Transit of Russian gas through Ukraine will grow in the coming weeks
Who will freeze first, if Ukraine will stop the transit of Russian gas?
A new lawsuit for "Gazprom": what does "Naftogaz" in the Stockholm arbitration?
Partner news
Сomments
Add a comment
Сomments (0)
News Analytics
State Environmental Inspection filed claims against ArcelorMittal Kryvyi Rih in17-09-2021, 10:28
US Steel will build an electrometallurgical plant with a capacity of 3 million17-09-2021, 10:48
Airbus begins designing a hydrogen-powered aircraft17-09-2021, 10:06
There are already 779 enterprises in Ukraine that officially carry out17-09-2021, 09:16
Low-cost carrier Ryanair plans aggressive expansion in Ukraine16-09-2021, 21:34
Moody's changes its outlook for the mining and metals industry from "positive"14-09-2021, 18:39
European steel prices decline from summer highs and remain stable high04-09-2021, 10:38
Rise in European steel prices to dizzying levels finally fizzled out - Bloomberg27-08-2021, 13:18
Gold continues to be the most efficient portfolio asset - WGC26-08-2021, 12:38
Falling iron ore prices caught Wall Street by surprise - WSJ23-08-2021, 13:57
Sign in with: