Gas supplies via the Yamal-Europe pipeline were reduced on Friday to 450 thousand cubic meters per hour. 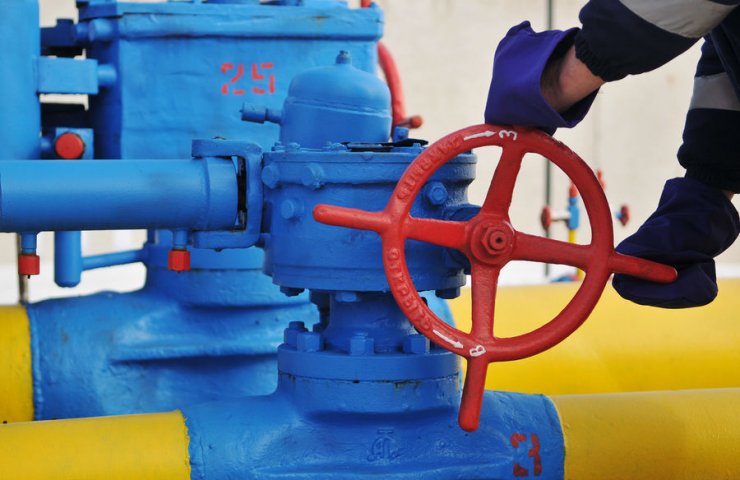 Gas supplies from Russia via the Yamal-Europe pipeline through Poland to Germany on Friday decreased by about 40%, it follows from the data of the German gas transmission operator Gascade. On the back of the news about the cut in pumping, the December gas futures in Europe are growing. Earlier, President of Belarus Alexander Lukashenko threatened the European Union to cut off gas transit in case of expansion of sanctions.

"Gas pumping through the Yamal-Europe pipeline to Germany on Friday morning will decrease by about 40% by Thursday, to almost 450 thousand cubic meters per hour," Gascade reports.

At the same time, deliveries through Ukraine, according to the Ukrainian GTS Operator, are kept at the level of the last days: the applications indicate the maximum volume of supplies for pumping through the Ukrainian GTS (109 million cubic meters per day) within the framework of the contract.

Gas futures prices in Europe at the opening of trading began to approach $ 1,000 per thousand cubic meters, while the price of December gas futures at the TTF hub in the Netherlands is approaching 80 euros per 1 MWh.

Earlier, President of Belarus Alexander Lukashenko threatened the European Union in the event of expansion of sanctions to cut off the transit of gas, which goes through the Yamal-Europe gas pipeline. “We are heating Europe, they are still threatening us that they will close the border,” he said.

Over the past few days, Gazprom has increased gas transit through Ukraine - from about 60 million to 88-90 million cubic meters per day.

Финансовая аналитика, прогнозы цен на сталь, железную руду, уголь и другие сырьевые товары. More news and analytics on Metallurgprom telegram channel - subscribe to get up-to-date market information and price forecasts faster than others.
Сomments
Add a comment
Сomments (0)
On this topic
Gas price in Europe skyrocketed to $ 464 per thousand cubic meters
Gazprom will cut transit through Poland and will not book additional capacities in Ukraine
Gas price in Europe exceeded $ 500 per thousand cubic meters
Gas prices in Europe fell below $ 1000 per thousand cubic meters after Putin's statement about
German parliament officially recognizes elections in Belarus as rigged
Gold slowed down after reports of new problems between the US and China
Recommended:
Steel production in China rose in the first decade of January
The US continued to reduce steel imports in December year-on-year
The United States refused to comply with the decision of the WTO on tariffs on steel and aluminum
News Analytics
European stainless steel producers ready to raise prices31-01-2023, 16:16
World steel production in December 2022 collapsed by 10%31-01-2023, 14:36
Ukraine arrested Russian metallurgical assets31-01-2023, 10:13
War in Ukraine to accelerate world economy transition to clean energy - BP30-01-2023, 11:49
ArcelorMittal invests $120m in US green steel company30-01-2023, 11:11
European stainless steel producers ready to raise prices31-01-2023, 16:16
S&P: Russia will continue to dominate the steel export market in the Black05-01-2023, 11:22
Fitch Analysts Predict Big Drop in Global Steel Consumption This Year14-12-2022, 13:59
Analysts predict 5% annual growth in the iron casting market through 203006-12-2022, 12:44
Commodity prices will fall, metals quotes will rise slightly - Focus Economics28-11-2022, 13:28
Sign in with: