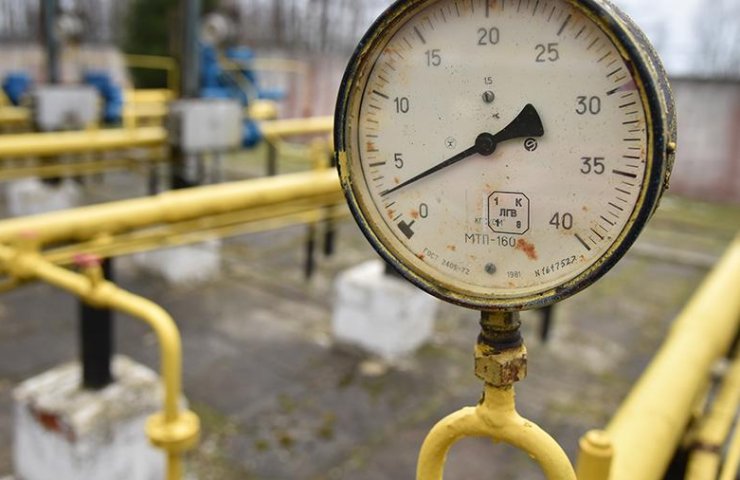 According to the data of the Gas Infrastructure Europe portal, over the gas day on August 2, the sum of injection and withdrawal operations from storage facilities in northwestern Europe, which the concern uses, even went a little into negative territory.

The injection to the Bergermeer storage facilities in the Netherlands and Rehden in Germany has been stopped, and withdrawal from the Haidach UGS facility in Austria has begun. Injection continues at the Katharina and Jemgum UGS facilities in Germany.

Record high gas prices will primarily hit consumers in Ukraine, since the country has been a member of the European gas market since 2015 and purchases about 30% of its total gas consumption in Europe. According to experts, the cost of fuel will increase for the Ukrainian consumer up to 15,000 - 16,000 hryvnia per thousand cubic meters. The Ukrainian Energy Exchange indicates that the cost of gas at European hubs to the borders of Ukraine, according to data as of August 3, has already amounted to 18,140 hryvnia per thousand cubic meters.

Финансовая аналитика, прогнозы цен на сталь, железную руду, уголь и другие сырьевые товары. More news and analytics on Metallurgprom telegram channel - subscribe to get up-to-date market information and price forecasts faster than others.
Сomments
Add a comment
Сomments (0)
On this topic
ArcelorMittal Poland completed modernization of pickling line at cold rolling mill in Krakow
The Ukraine-EU summit may be postponed again - the head of the European Commission went into
Half of US states declare a state of emergency due to fuel shortages
Toshiba's European business is cyberattacked by a group of hackers attacking the Colonial Pipeline
Elon Musk contracted coronavirus, but doubts the reliability of the tests
Poland starts producing Soviet-style tram rails according to European standards
Recommended:
UK government to set up Critical Minerals Agency
The destruction of the dam of the Kyiv hydroelectric complex will not be a disaster - Ukrhydroenergo
Russia may increase taxation of oil, gas, coal and fertilizers
News Analytics
EBRD downgrades Ukrainian economic growth forecast for 2023 from 25% to 8%28-09-2022, 13:57
EU plans additional sanctions against Russian metallurgy27-09-2022, 10:34
The European Commission has approved 5.2 billion euros of state support for27-09-2022, 10:43
China's leading industrial profits fall 2.1% in first 8 months27-09-2022, 10:20
Moody's changed the outlook for the global mining industry to26-09-2022, 19:04
China production cuts in winter will give limited boost to steel markets -15-09-2022, 10:09
Steel prices may rise as manufacturers stop production11-09-2022, 14:06
IREPAS: The global long products market is in a "dramatic situation"10-09-2022, 20:49
Steel prices are unlikely to rise significantly in the near future - analysts02-09-2022, 22:58
Steel prices may move up on new data from China31-08-2022, 12:19
Sign in with: