In 2019 Saudi Aramco for the first time revealed details about their income. The world's largest oil company earned a net profit of 46.9 billion U.S. dollars for 6 months of 2019. 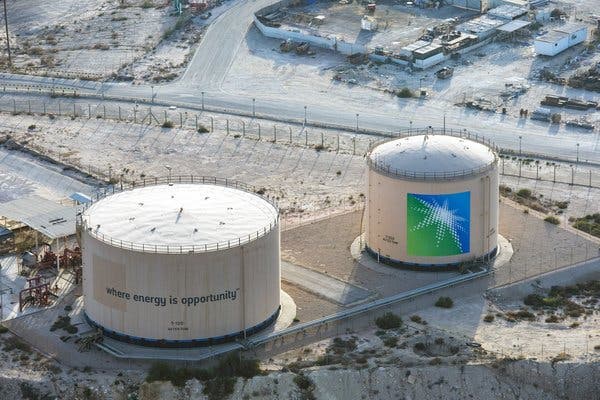 the national oil company of Saudi Arabia Saudi Aramco said on Sunday that he used a "put option" to sell an additional 450 million shares, increasing the size of the initial public offering (IPO) to a record 29.4 billion dollars.

Original Aramco drew 25.6 billion dollars, which in itself was a record level during the December IPO, by selling 3 billion shares at 32 rials (about 8.53 USD) per share.

Option of "green" or excessive distribution allows companies to issue more shares in the IPO when there is an increased demand on the part of the participants in the original proposal.

"there are No additional shares on the market today is not offered, and the Manager does not own shares of the company as a result of implementation of re," - said the press service of Saudi Aramco.

Shares of the largest oil companies in the world were unstable against the background of increasing tension between the United States and Iran, which is on the opposite side of the Persian Gulf from Saudi Arabia.

Paper Saudi Aramco fell to 34 rials 8 January, when Iran attacked US military bases in the Persian, but came back to level 35 rials on Thursday after statements by President of the United States Donald trump about the reaction of Washington to attack Iran.