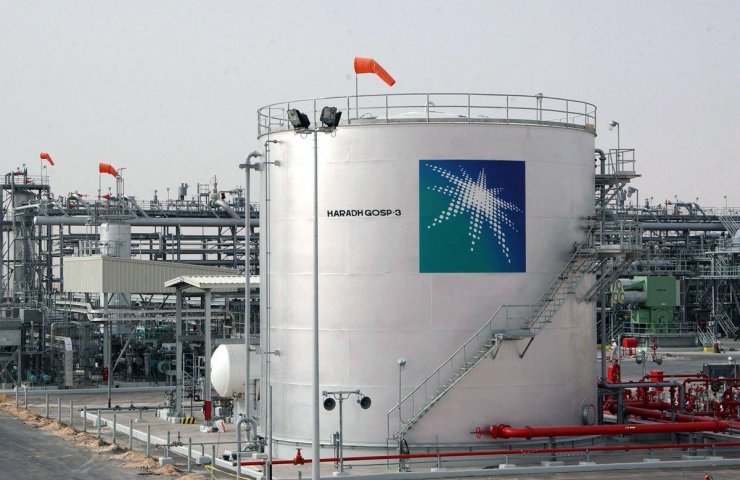 Saudi Aramco's third-quarter profits fell 45% due to falling oil prices. The corporation has cut costs and staff and is considering the possibility of selling a number of its assets, but despite this, the percentage of the company's debt from equity rose to 21.8%, which is above the target range of 5% to 15%, writes Bloomberg.

In this regard, the world's largest oil company does not have enough funds to fulfill its obligation to pay dividends in the amount of $ 75 billion. Most of these funds, as noted by Bloomberg, are intended for the government of Saudi Arabia - the main shareholder of the corporation, which needs money to cover the growing budget deficit.

Goldman Sachs, Citi, HSBC, JPMorgan, Morgan Stanley and NCB Capital are appointed as the organizers of the placement. Starting November 16, Saudi Aramco will be holding talks with investors. After that, depending on demand, up to five tranches of dollar bonds with a maturity of 3 years, 5 years, 10 years, 30 or 50 years can be placed.

The international rating agency Fitch has affirmed Saudi Aramco's long-term issuer default rating (IDR) at "A ". At the same time, the rating outlook was changed to "negative " from "stable " following a similar action on the rating of Saudi Arabia.

The volume of the offer was 3 billion shares, or 1.5% of the capital. In January 2020, an option was exercised to place an additional 450 million shares. As a result, the total volume of placement reached a record $ 29.4 billion for the global IPO market.

Recommended:
Yuzhmash admitted that a Ukrainian engine could be the reason for the failure of the Vega rocket launch
US investment in a carbon-free economy could exceed $ 10 trillion
Oldest US steel company resumes strategic funding
On this topic
Net profit of Saudi Aramco in the first quarter fell by 25% amid falling oil prices
Saudi Aramco has sold an additional 450 million shares citing high demand
Share price of Saudi Aramco, two days rose 20%
Saudi Saudi Aramco will put 1.5% of the shares in the IPO at a price of $ 8 per share
The details of the placement of shares Saudi Aramco
IPO Saudi Aramco most profitable company in the world, which will become public
Add a comment
Сomments (0)
News Analytics
British Steel Teesside increases headcount for the first time in many years26-11-2020, 19:44
"Bogdan Motors" started manufacturing trolleybuses for KP "Kyivpastrans"26-11-2020, 17:17
Minks infected with coronavirus found near border with Ukraine26-11-2020, 16:44
All Maserati will be electric cars in five years26-11-2020, 16:37
Secret metallurgical equipment for Azovstal arrived in Mariupol port26-11-2020, 15:55
European Union scrap collectors worried about possible export restrictions18-11-2020, 10:41
Occupational diseases of workers in the extractive industry: types and ways to16-11-2020, 17:49
Eurofer expects recovery in EU steel demand05-11-2020, 09:47
Hot rolled carbon steel demand will continue to grow by 4% pa until 203004-11-2020, 16:14
Platts Steel Trade Review: China Will Decide Asia's Fate30-10-2020, 10:04
Sign in with: