Saudi Aramco is preparing a funding package of up to $ 10 billion that it can offer to buyers of its pipeline business unit in a battle for profitability amid low oil prices. 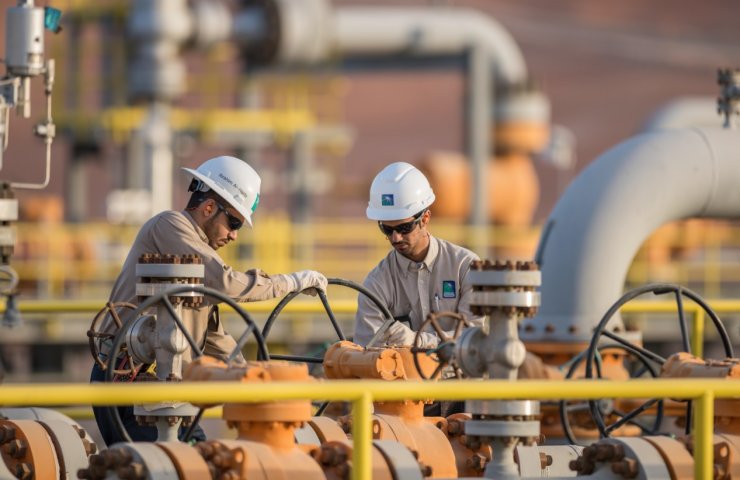 The world's largest oil company, Saudi Aramco, is in talks with banks to provide "core funding" that could be provided in the form of a loan to the buyer of its pipeline business.

International investors, including BlackRock, KKR and Brookfield Asset Management, who may invest in the pipeline business, are also in talks with lenders for possible financing, unnamed sources told Reuters.

According to two sources, the loan could be up to $ 10 billion, covering most of the value of the assets.

In order to somehow cover losses from the collapse of oil prices, Saudi Aramco intends to divide the assets of the East-West Pipeline, through which the company delivers oil to the ports of the Red Sea.

These funds were transferred to the Public Investment Fund (PIF), Saudi Arabia's sovereign wealth fund responsible for transforming the economy and moving from fossil fuels to low-carbon energy.

The pandemic has dealt a new blow to the fossil fuel industry, reducing demand.

Saudi Aramco's profits fell sharply last year, but it retained promised $ 75 billion in annual dividends, most of which goes to the government.

Финансовая аналитика, прогнозы цен на сталь, железную руду, уголь и другие сырьевые товары. More news and analytics on Metallurgprom telegram channel - subscribe to get up-to-date market information and price forecasts faster than others.
Сomments
Add a comment
Сomments (0)
On this topic
IPO Saudi Aramco most profitable company in the world, which will become public
Share price of Saudi Aramco, two days rose 20%
Saudi Saudi Aramco will put 1.5% of the shares in the IPO at a price of $ 8 per share
The world's largest oil company Saudi Aramco is forced to borrow money to pay dividends
Saudi Aramco has sold an additional 450 million shares citing high demand
The details of the placement of shares Saudi Aramco
Recommended:
UK is ready to give 300 million pounds to save British Steel
S&P: Russia will continue to dominate the steel export market in the Black Sea region
The US continued to reduce steel imports in December year-on-year
News Analytics
War in Ukraine to accelerate world economy transition to clean energy - BP30-01-2023, 11:49
ArcelorMittal invests $120m in US green steel company30-01-2023, 11:11
The United States refused to comply with the decision of the WTO on tariffs on29-01-2023, 20:08
China remains the world leader in shipbuilding with a 50% share of new shipyard29-01-2023, 12:35
Prices for metal products in Ukraine increased by 26% last year29-01-2023, 12:06
S&P: Russia will continue to dominate the steel export market in the Black05-01-2023, 11:22
Fitch Analysts Predict Big Drop in Global Steel Consumption This Year14-12-2022, 13:59
Analysts predict 5% annual growth in the iron casting market through 203006-12-2022, 12:44
Commodity prices will fall, metals quotes will rise slightly - Focus Economics28-11-2022, 13:28
Platinum market to face shortage next year - WPIC22-11-2022, 18:25
Sign in with: