The carbon pollution of the planet's atmosphere is on the rise again, raising concerns among experts that the goals of the Paris Climate Agreement are achievable. 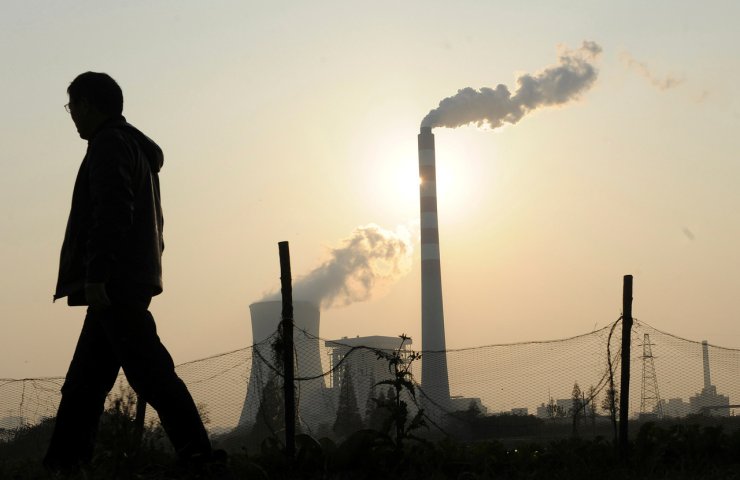 The International Energy Agency (IEA) said on Tuesday that global CO 2 emissions have returned to pre-pandemic levels and then exceeded, making it impossible to achieve the Paris Climate Agreement target to limit global warming .

The IEA report said that in December 2020, energy-related emissions were two percent higher than in the same month a year earlier, driven by economic recovery and a lack of clean energy policies.

“The rise in global carbon emissions by the end of last year is a strong warning that not enough is being done to accelerate the global transition to clean energy,” IEA Executive Director Fatih Birola said in a statement.

A year ago, the agency called on governments to put clean energy at the heart of economic stimulus plans, but the call seems to have largely gone unheeded.

“Our numbers show that we are returning to business as usual,” Birol said.

In China, carbon pollution exceeded 2019 levels by more than half a percent last year, despite a severe, albeit brief, lockdown to stem the spread of the virus.

China, which accounts for more than a quarter of global CO 2 emissions, was the only major economy to see growth in 2020.

The report indicates that air emissions in other countries have exceeded the dock level.

"In the absence of major policy changes in the world's largest economies, global emissions are likely to increase in 2021," Birol warned.

Still, there are encouraging signs that major sources of emissions are taking steps to decouple economic growth from the carbon emissions that are causing the planet to warm.

China's commitment to be carbon neutral by 2060, the Biden administration's ambitious climate program, and the US return to the Paris Agreement and the European Union's green new course all point in the right direction.

In 2020, global emissions fell by nearly two billion tonnes, the largest absolute reduction in history. More than half of this decline was due to less fuel use for road transport and aviation.

The Earth's surface is already 1.1 degrees warmer on average, enough to increase the frequency and intensity of deadly heatwaves, droughts and superstorms that are made even more devastating by rising sea levels.

Recommended:
The State Space Agency and the Cadastral Service of Ukraine agreed on cooperation
Novokramatorsk Machine-Building Plant has raised wages for the second time since the beginning of the year
Interpipe delivered premium sleeveless pipes to Uzbekistan
On this topic
How Tesla became the world's most valuable automaker
Coronavirus pandemic has not stopped global warming - UN
Yuzhmash told whether it is possible to launch reusable rockets from the Black Sea
How the reform of the electricity market in Ukraine can lead to a collapse and what to do about it
Stopped nuclear power plants and mines. What's going on in the energy sector of Ukraine?
The transition to a carbon-free economy is actually not as expensive as they say - the experts
Add a comment
Сomments (0)
News Analytics
Бразилия заинтересовалась производственными возможностями Южмаша21-04-2021, 14:35
Энергоатом заказал в Турбоатоме конденсатор стоимостью 0,5 миллиарда гривен для21-04-2021, 14:28
Укрзализныця достигла согласия с поставщиками по отгрузке дизельного топлива21-04-2021, 14:25
Global hydrogen demand to grow 7-fold by 2070 - PwC21-04-2021, 12:31
Energy independence of Ukraine depends on decarbonization and "green" energy -21-04-2021, 12:42
Global hydrogen demand to grow 7-fold by 2070 - PwC21-04-2021, 12:31
World Steel Association predicts a good year for metallurgists15-04-2021, 18:19
World Steel Association defines green steel and its variations12-04-2021, 13:14
China unlikely to cut steel capacity in 2021 due to high steel prices07-04-2021, 12:11
Scrap metal market at the beginning of April02-04-2021, 11:10
Sign in with: