The head of the Baku Steel Company was imprisoned for 4 months by the court on charges of fraud and abuse. 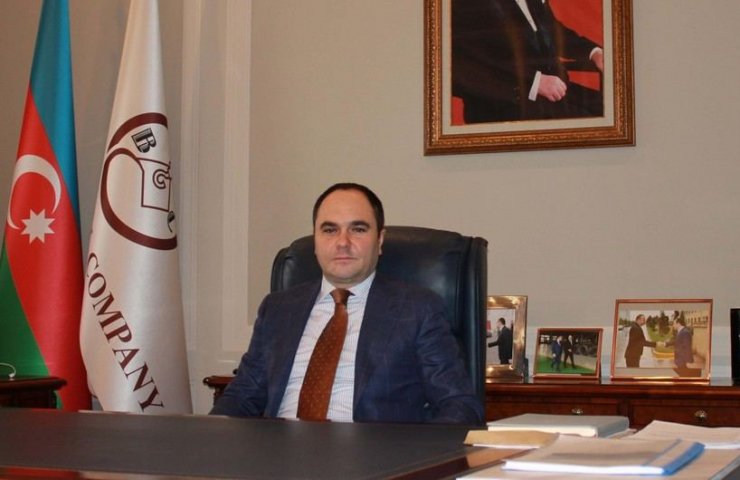 The Sabail District Court of Azerbaijan has chosen a preventive measure Rasim Mammadov, head of the country's largest metallurgical company, Baku Steel Company, who was arrested last week, in the form of detention.

Thus, the court satisfied the presentation of the prosecutors against Mamedov by arresting him for 4 months (for the period of the investigation).

Mammadov was charged under Articles 178.4 (“Fraud, causing large-scale damage”), 179.4 (“Misappropriation, causing damage on an especially large scale”) and 308.2 (“Abuse of official powers”) of the Criminal Code of the Republic of Azerbaijan.

At the end of last year, Baku Steel Company warned buyers of metal products about possible fraud. The company asked all buyers to be vigilant when purchasing construction fittings allegedly of its production.

Recommended:
Laying of Nord Stream 2 in Danish waters is to be completed by the end of April
Ice Apocalypse In Texas Spurs Up Gas Prices In Europe
Chinese probe "Tianwen-1 " entered orbit around Mars
On this topic
Azerbaijani metallurgists send 100 tons of liquid oxygen to Georgia for hospitals
Armenia attacked Baku-Tbilisi-Ceyhan oil pipeline - SOCAR statement
The South Korean Prosecutor's office demands to arrest the Vice-President of Samsung Group
Kazakhstan imposes restrictions on the entry of ships from Azerbaijan and Iran
Soros nervously reacted to the statement of the lawyer trump accusing him of anti-Semitism
A new lawsuit for "Gazprom": what does "Naftogaz" in the Stockholm arbitration?
Add a comment
Сomments (0)
News Analytics
Coronavirus drove Belgian skiers to the slopes of the Charleroi waste heap07-03-2021, 13:52
US Steel focuses on the production of nanosteel for high-strength alloys07-03-2021, 13:46
Poland could lead the race in hydrogen steel technology07-03-2021, 11:29
US Senate Adopts $ 1.9 Trillion Stimulus Package06-03-2021, 23:54
Tibet invests about $ 30 billion in infrastructure projects in 5 years06-03-2021, 14:39
Spread between raw materials and high strength alloy steel in Europe increased01-03-2021, 20:21
Increase in prices is forecasted in the markets of steel raw materials -26-02-2021, 09:25
Troy ounce of gold will drop $ 500 in two years - Fitch25-02-2021, 18:29
Global iron ore production growth to outstrip cumulative production in India23-02-2021, 10:22
Fitch Ratings Warns of “Shocking Impact” on Fossil Fuel Exporters18-02-2021, 14:44
Sign in with: