EU Finance Ministers were unable to agree on the rescue plan for the economy and financial system of the Eurozone from the consequences of coronavirus. 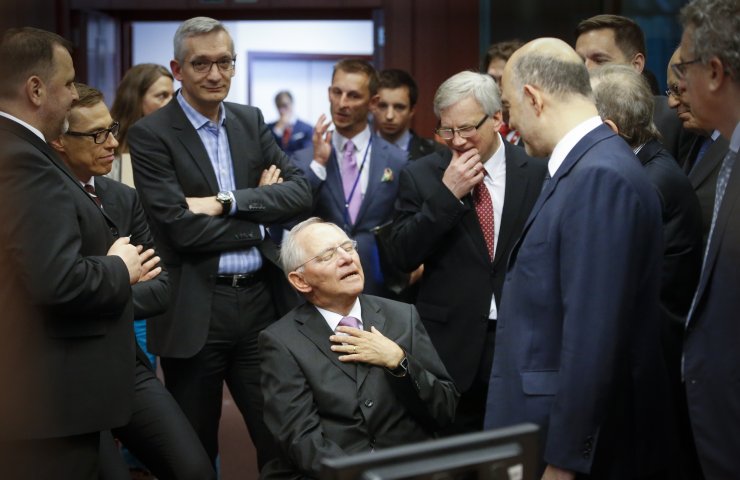 EU Finance Ministers came to a consensus on the crisis measures to help the European countries to withstand the economic shock of the outbreak of coronavirus, said message Agence France-Presse.

"Flash COVID-19 put the European economy to its knees, and Italy, with the support of France and Spain, want to get a massive response from EU partners in a historic act of financial solidarity," said French journalists.

Border European differences is in the number and geographical character of the state the Northern part of the Eurozone believe that at the moment, enough of those actions that have already taken the ECB.

"Our goal is to add a new line of defense to Euro to this economic crisis turned into financial", - said the head of the Eurogroup Mario Centeno, whose task will be to find a consensus.

the basis of the split are deep doubts among Northern and more affluent European countries in the financial discipline of their southern partners, especially after the dark days of the debt crisis in the Eurozone.

the European stability mechanism (ESM), controlled by the 19 Finance Ministers from the single currency bloc, the Euro, accounts for more than € 400 billion, and could raise additional funds. It was created during the heyday of the debt crisis and has a primary goal - the salvation of countries that do not have access to markets.

ESM can also offer loan guarantees to countries that request it, although Italy already under the burden of debt, does it reluctantly, afraid to signal to the markets that she has money problems.

Programs ESM is also set to conduct painful reforms that Italy does not want to accept. If the Ministers agree to provide funds to the ESM, they will offer it to the EU leaders who will discuss this matter at a video conference on Thursday.

"I can only recommend that we not enter into a fictitious debate for ideological reasons, in which each seeks its preferred solution of five or ten years ago," - said the Minister of economy of Germany Peter Altmaier in Berlin. "We are not talking about fundamental change of strategy for ideological reasons, it would be wrong at present, and we won't accept this", he added.