Steel prices have more than tripled over the past year, will they decline after the deal between the US and the EU? 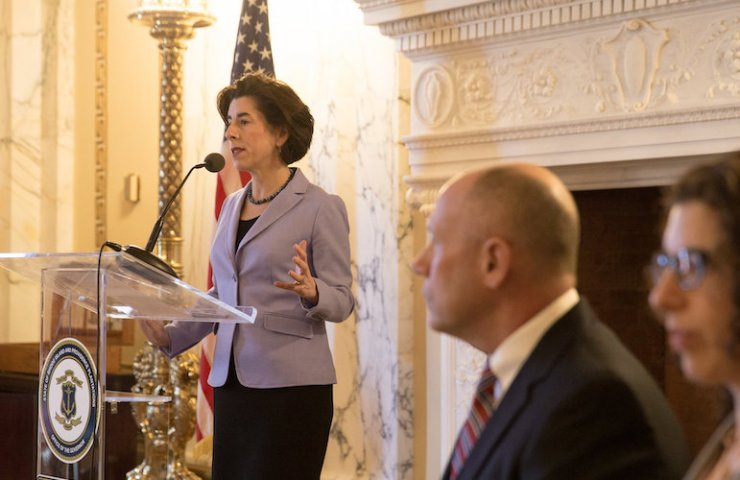 The United States and the European Union have agreed to end the growing dispute over US steel and aluminum tariffs imposed by former President Donald Trump in 2018, removing irritants in transatlantic relations and preventing a sharp rise in EU retaliatory tariffs.

US Commerce Secretary Gina Raimondo told reporters that the deal would keep US Section 232 tariffs at 25% on steel and 10% aluminum, while allowing “limited quantities” of EU-sourced metals to be imported duty-free into the United States.

It will also end one of the most pressing concerns between the Allies and allow them to focus on negotiating new global trade agreements to address the global overcapacity in steel and aluminum, mainly concentrated in China, and reduce industrial carbon dioxide emissions. .

US officials did not indicate the amount of duty-free steel allowed into the United States under the quota system agreed with the EU. Sources familiar with the deal said that annual volumes in excess of 3.3 million tonnes would be subject to tariffs.

The deal provides an additional two years of duty-free access above the quota for EU steel products, which was eliminated by the Department of Commerce last year, US officials said.

The deal requires EU steel and aluminum to be produced entirely in a block - a standard known as "fused and poured" - to qualify for duty-free status. The regulation aims to prevent minimum processing of metals from China and non-EU countries in Europe before exporting to the US.

Raimondo said the deal would lower costs for US steelmakers. Steel prices have more than tripled over the past year to over $ 1,900 a tonne as the industry struggled to cope with rising demand following the COVID-19 pandemic halt, fueling inflation.

Europe exported about 5 million tonnes of steel to the US annually prior to Trump's introduction of Section 232 tariffs in March 2018 for reasons of national security.

The deal also lifts Europe's retaliatory tariffs on US goods, including whiskey and Harley-Davidson motorcycles, which were supposed to double on December 1, US officials said.

The United States allows duty-free imports of steel and aluminum from trade partners in North America, Mexico, and Canada, with a mechanism that allows tariffs to be reimposed in the event of a sudden surge in imports.

Финансовая аналитика, прогнозы цен на сталь, железную руду, уголь и другие сырьевые товары. More news and analytics on Metallurgprom telegram channel - subscribe to get up-to-date market information and price forecasts faster than others.
Сomments
Add a comment
Сomments (0)
On this topic
Trump's steel tariffs become Biden's political headache - Politico
Biden's administration reiterates Trump's thesis on the threat of steel imports to US national
Los Angeles Times: a Perfect storm in the American market of steel
EU trade head favors alternative steel tariff deal with US
US and EU begin negotiations to contain China in the steel market
European Union will try to reset transatlantic relations - Valdis Dombrovskis
Recommended:
An Australian company has signed a contract with the US Department of Defense for the production of rare earth elements
Steel prices fall due to weakening European demand and problems in China
The German government may confiscate the German part of Nord Stream 2
News Analytics
The Belarusian steel plant was visited by the Ambassador of Kazakhstan to06-07-2022, 17:44
US steel prices fall to December 2020 levels06-07-2022, 13:40
Interpipe mastered a new type of railway wheels for the EU market06-07-2022, 12:15
Tesla in the second quarter reduced the supply of cars by 18%04-07-2022, 10:24
Steel prices fall due to weakening European demand and problems in China04-07-2022, 10:40
High iron ore shortage could halt metallurgy's green transition28-06-2022, 14:02
Price volatility hits global steel market27-06-2022, 19:28
Recovery in China could be key to rising global steel prices - MEPS24-06-2022, 14:00
Conflict in Ukraine spurs Europe's drive for clean energy03-06-2022, 12:14
US steel market sentiment becomes more price neutral05-05-2022, 10:15
Sign in with: