The European Commission announced the preparation of a document that would give the nuclear power and gas industry the status of "green". 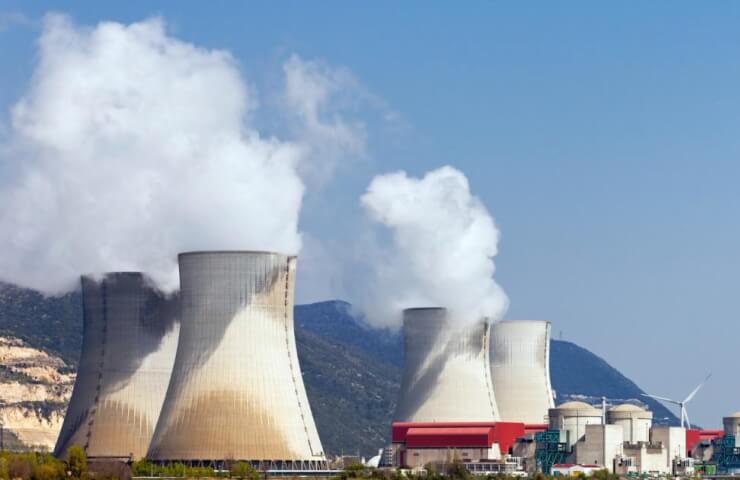 The EU Taxonomy is a robust science-based transparency tool for companies and investors. It creates a common language that investors can use when investing in projects and economic activities that have a significant impact on the climate and the environment.

The European Commission is confident that gas and nuclear energy will contribute to the transition to climate neutrality.

“The current energy balance in Europe varies from one member state to another. Parts of Europe are still heavily coal-based with high carbon emissions. The taxonomy envisions energy activities that enable Member States to move towards climate neutrality from such different perspectives.

Taking into account scientific advice and current technological advances, as well as various transition problems in Member States, the Commission considers that natural gas and nuclear energy play a role as a means of facilitating the transition to a future based predominantly on renewable energy sources .

In terms of taxonomy, this would mean classifying these energy sources under clear and stringent conditions (for example, gas must come from renewable sources or have low emissions by 2035), ”the press release says.

Recall that the taxonomy should become for the European Union a unified system for classifying the assets of market participants in terms of environmental impact. This instrument will be one of the key to ensure the planned transition of the EU to clean energy sources by 2050.

Another instrument, the Carbon Border Adjustment Mechanism (CBAM, or carbon tax), was introduced by the European Commission in July 2021. It implies that manufacturers who supply products with a high carbon footprint to the EU will have to pay for greenhouse gas emissions when creating their products and goods.

The EU countries today disagree about what types of fuels can really be called "green". When burned in power plants, natural gas emits about half of the CO2 emissions than coal, but the gas infrastructure is also associated with leaks of methane, a powerful gas that warms the planet. Nuclear power produces very low CO2 emissions, but this year the Commission sought expert advice on whether the fuel should be considered environmentally friendly given the potential environmental impact of radioactive waste disposal.

Some environmentalists and EU legislators have criticized the new proposal for gas and nuclear energy. “Including them ... The Commission risks jeopardizing the credibility of the EU's role as a leading market for sustainable finance,” said Greens President Philip Lamberts.

Austria opposes nuclear energy, along with countries such as Germany and Luxembourg. The EU countries, including the Czech Republic, Finland and France, which get about 70% of their energy from fuels, consider nuclear power to be crucial for eliminating CO2 emissions from coal.

Финансовая аналитика, прогнозы цен на сталь, железную руду, уголь и другие сырьевые товары. More news and analytics on Metallurgprom telegram channel - subscribe to get up-to-date market information and price forecasts faster than others.
Сomments
Add a comment
Сomments (0)
On this topic
The European Commission has not included nuclear energy in the list of "green" sources
Stopped nuclear power plants and mines. What's going on in the energy sector of Ukraine?
The European Commission prepares to recognize nuclear energy as "green"
Is it possible to replace Russian gas in the Ukrainian GTS with "green" hydrogen?
EU stops financing new cross-border oil and gas projects
France demands to call nuclear energy "green", scaring the growing dependence on the
Recommended:
India plans measures to stimulate domestic steel exports
EU extends anti-dumping duties on cold rolled steel from China and Russia
Metinvest enterprises in Ukraine resumed work after massive shelling of infrastructure
News Analytics
China's iron ore output to rise in 2023 as new projects are launched30-11-2022, 18:10
"Centravis" agreed to supply a new batch of seamless pipes to a30-11-2022, 16:51
Metinvest enterprises in Ukraine resumed work after massive shelling of29-11-2022, 11:59
The European Council added the violation of restrictive measures (sanctions) to28-11-2022, 14:22
The abolition of export duty in India may reduce the price of Turkish steel28-11-2022, 14:07
Commodity prices will fall, metals quotes will rise slightly - Focus Economics28-11-2022, 13:28
Platinum market to face shortage next year - WPIC22-11-2022, 18:25
Global steel demand falls and will fall by 2.3% in 2022: WorldSteel19-10-2022, 23:12
Iron ore prices fall to 11-month low15-10-2022, 10:36
China production cuts in winter will give limited boost to steel markets -15-09-2022, 10:09
Sign in with: