The European Commission prepares to recognize nuclear energy as "green"

In addition, Europe can recognize natural gas as an environmentally friendly fuel. 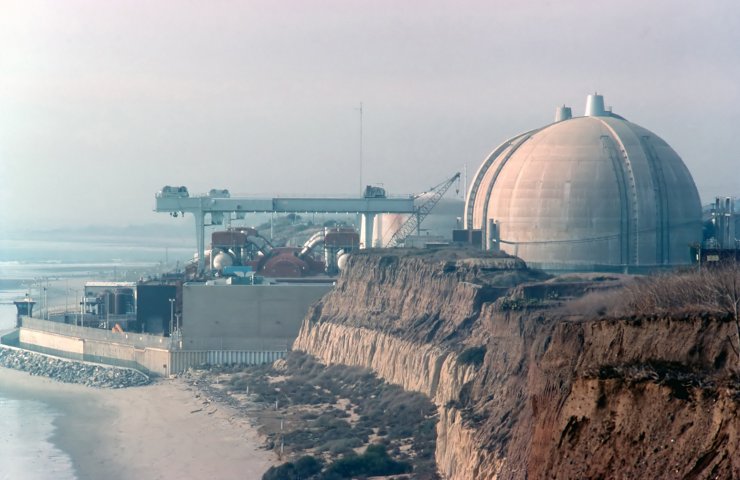 "The analysis did not reveal any scientifically based evidence that nuclear energy is more harmful to human health or the environment than other technologies for generating electricity," the Center said.

Storing nuclear waste in deep geological formations is considered “appropriate and safe,” the JRC said, citing European countries, including France and Finland, which are at an advanced stage of developing such sites.

Two expert committees will scrutinize the JRC's findings for three months before the Commission makes a final decision.

There are different opinions in the European Union on the further development of nuclear power.

For example, France, Hungary and five other EU countries this month called on the Commission to support nuclear energy in policy, including green energy labeling.

Other states, including Austria, and some environmental groups are opposed to the use of nuclear fuel, pointing to its hazardous waste, as well as the growing costs of recent projects.

EU countries are also divided over how the European Commission should treat investments in natural gas.

After a plan to phase out natural gas faced opposition from its supporters, the Commission this month began labeling some of the gas as environmentally friendly, dividing countries into those that support fuel as an alternative to more polluting coal, and those that who says natural gas can lock in existing emissions for decades, hindering the achievement of climate goals.

Recommended:
Energomashspetsstal shipped equipment to three nuclear power plants in China, Turkey and India at once
Gas cleaning equipment of Azovstal is transferred to a dry system using electrostatic precipitators
German companies face critical staff shortages - Handelsblatt
On this topic
Iran's uranium enrichment up to 20% calls into question nuclear deal with Tehran - EU
September 7 is the International Day of Clean Air - the UN has prepared a report
How the reform of the electricity market in Ukraine can lead to a collapse and what to do about it
Stopped nuclear power plants and mines. What's going on in the energy sector of Ukraine?
Pavlisin: Energoatom may face a shortage of funds for payment of taxes and salaries
Britain, France and Germany have accused Iran of developing nuclear weapons
Add a comment
Сomments (0)
News Analytics
Back to the future: Interpipe told how to develop the industry of Ukraine17-06-2021, 14:33
The Ministry of Energy of Ukraine will take part in the European Hydrogen Forum17-06-2021, 13:07
China will start selling metals from the state reserve to stabilize the rise in17-06-2021, 13:04
The capacity of the domestic market of rolled metal products of Ukraine17-06-2021, 11:41
Dneprospetsstal recertified production of rough railroad and locomotive axles17-06-2021, 10:21
Vaccinations fuel demand for platinum - World Platinum Investment Council08-06-2021, 12:55
Sharp price growth continues in the rolled metal market - Ukrpromvneshexpertiza08-06-2021, 11:04
Analysts note overheating of the global scrap metal market01-06-2021, 13:28
Hydrogen-fueled steelmaking could be competitive after 2050 - McKinsey19-05-2021, 14:22
Steel raw material prices are skyrocketing across the board18-05-2021, 12:34
Sign in with: