Despite protests, the Portuguese government launched the "lithium race of the century"

Portugal's lithium reserves could become the largest in Europe, which is in dire need of this battery metal for the development of electric vehicles. According to American experts, the country ranks ninth in the world in terms of lithium deposits. 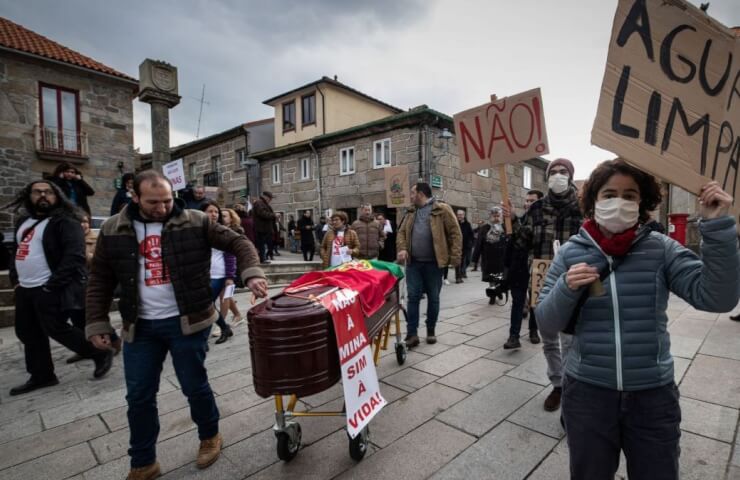 The European Union and industrial companies want to develop the entire value chain, from lithium mining to battery production. By 2025, this market could be worth 250 billion euros a year, and Portugal does not want to miss this opportunity. Despite protests, the government approved an international tender for exploration of deposits in six regions in the north and in the center of the country.

A strategic environmental assessment in eight potentially lithium-rich zones concluded with the exclusion of Arga and Segura and allowed research and exploration of this mineral in six zones, proposing "an initial halving of the area" in them, the Portuguese Ministry of Environment and Climate Action said in a statement. Friday.

At the same time, environmentalists argue that the extraction of this metal, which is necessary for electric vehicle batteries and renewable energy sources, is associated with risks to environmental safety and public health.

It is not yet clear who will get the right to mine Portuguese lithium, and this is causing concern for local environmental activists. Even exploration in this case is a process that takes place directly "in the open air and will require the movement of many millions of tons" of soil, they warn.

As a result of numerous protests and appeals from citizens, the municipality of Piñel intends to obtain an injunction against lithium mining, and in Fundane the project map, which plans to develop the subsoil in close proximity to the main irrigation system of the region, raises questions.

Recall that quite recently the government of Serbia annulled the license of the international concern Rio Tinto to mine lithium in the west of the country after massive protests that have not stopped since last autumn. Rio Tinto first discovered lithium reserves in the Loznica area in 2004. The company intended to invest $2.4 billion in the project.