General elections are scheduled for April 3 in Serbia. Serbia and Bosnia and Herzegovina remain the last non-NATO countries in the Balkan region and all the political divisions and protests like the one against the Australian mining company are attracting great attention in the world. 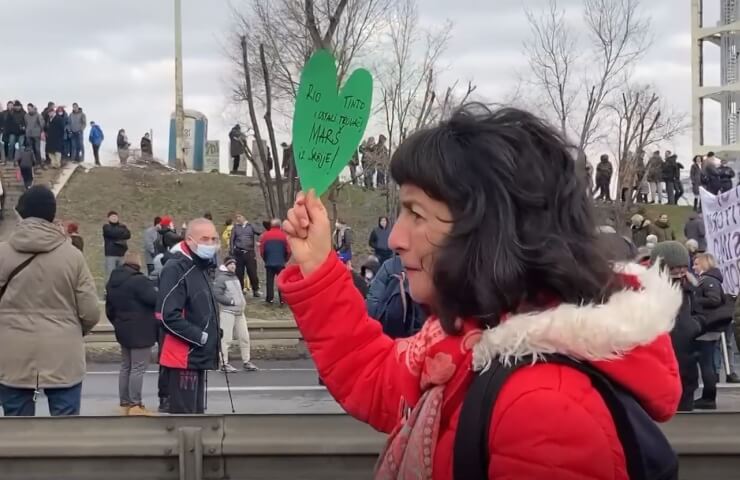 Hundreds of people on Saturday blocked several major roads in Serbia, including the border crossing with Bosnia, in the latest protests against plans by Australian mining company Rio Tinto to start developing a $2.4 billion lithium mine.

Many protesters carried banners. “Stop investors, save nature,” read one of the posters.

The checkpoint to neighboring Bosnia was also blocked along with roads near the towns of Cacak and Šabac.

The government has offered the country's mineral resources to foreign investors, including Chinese copper miner Zijin and Australia's Rio Tinto, as it seeks to boost economic growth, but activists say the mining projects will cause pollution.

Protests against mining take place every Saturday from the end of November, with a break for the New Year and Christmas holidays.

The problem is that lithium was discovered in an area where agriculture is developed, and now it is planned to expropriate the property of citizens so that it can be used for the needs of the Rio Tinto project. Serbs fear that the exploitation of lithium will lead to the destruction of the environment, given that Rio Tinto acquired in Australia itself otstavku-bossa-krupnejshej-gornodobyvajuschej-kompanii-mira.html">bad reputation due to environmental pollution, violations of the rights of indigenous peoples, destruction of cultural property and corruption.

Serbia is one of the most polluted countries in Europe and will need billions of euros to meet European Union environmental standards if it wants to join the bloc.

Rio Tinto said it will comply with all domestic and European environmental standards at its lithium mine in Serbia.

The United Nations Office for Human Rights expressed concern on Friday over recent instances of glorifying mass crimes and glorifying convicted war criminals in Bosnia and Herzegovina, as well as in Serbia.