The European Commission and electrolyzer manufacturers have signed a joint declaration to increase their respective production capacities tenfold by 2025. 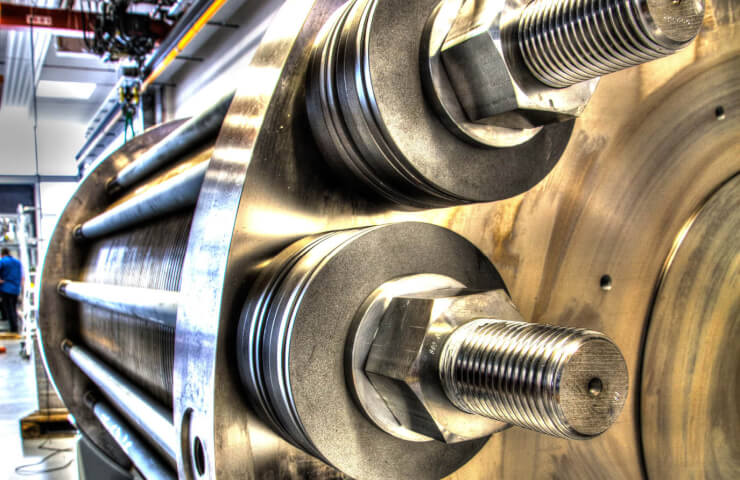 Last Thursday, European electrolyser producers committed to increase their production capacity tenfold, to 17.5 GW per year by 2025, in a joint declaration with the European Commission in Brussels.

The joint declaration was agreed during the electrolyzers summit in Brussels and signed by twenty CEOs in the industry and Thierry Breton, EU Commissioner for the Internal Market.

“Today, the industry has agreed to a tenfold increase in electrolyzer production capacity in Europe. The Commission will support this important industrial scale-up for industrial leadership in the clean energy technologies of the future,” said Breton.

The increase in capacity will allow the annual production of 10 million tons of renewable hydrogen in Europe until 2030, the Commission said in a statement.

The target is in line with plans presented in March by the EU executive to end the EU's dependence on Russian gas "well before 2030" and accelerate the transition to "clean" energy sources.

The March plan, called REPowerEU, calls for doubling the EU's hydrogen production target to 10 million tonnes by 2030, which Breton says will require a large number of electrolyzers to produce hydrogen.

To support the industry's rapid expansion, the joint declaration contains commitments from the EU executive to create an enabling regulatory framework, facilitate access to finance and promote efficient supply chains.

The joint statement says that this includes a "legislative proposal for accelerated permits for renewable energy projects" as well as speeding up the processing of state aid communications sent to Brussels. Pot manufacturers, for their part, are required to submit applications only with high-quality project proposals that fully meet EU climate targets.

Jon André Lekke, CEO of Nel Hydrogen and President of Hydrogen Europe, called the day a "historic day" for the EU electrolysis industry.

It's time to move from words to action," he added on Twitter, warning that "there will be no acceleration in electrolyzer production in Europe without proper regulatory and financial support."

One of the key issues is access to raw materials for pot manufacturers, who often compete with other clean technology industries for scarce resources. "Many of these raw materials have experienced significant price increases in recent months" and the EU is "strategically dependent" on them," the statement said.

To mitigate dependency issues, the general declaration states that the Commission will seek further raw material supply partnerships with foreign countries and work with the industry in areas such as "strategic sourcing, recycling, recycling and possible substitution" of key raw materials .

The EU is the world leader in the production of electrolyzers. Although Chinese-made electrolyzers are cheap, Chinese manufacturers themselves also consider them less efficient and reliable, according to Recharge, a specialized news outlet.

Bosch, the German industrial giant, is among the companies that can best compete in the global electrolytic market. Earlier this week, the engineering company announced a €500 million investment to research hydrogen electrolyzer components.

“We want to support the rapid development of hydrogen production in Europe with Bosch technologies,” said Bosch CEO Stefan Hartung on May 4, adding that the company is using its expertise in fuel cells to become a global leader.

Финансовая аналитика, прогнозы цен на сталь, железную руду, уголь и другие сырьевые товары. More news and analytics on Metallurgprom telegram channel - subscribe to get up-to-date market information and price forecasts faster than others.
Сomments
Add a comment
Сomments (0)
On this topic
Hydrogen to be 'key element' of future EU economy - EU climate chief
Emmanuel Macron is interested in a European mission to Mars
The European Union is preparing to repel the Russian threat in space
Czech metallurgists have declared the danger of hydrogen metallurgy for the country's energy system
The European Commission does not have time to collect the full composition of the commissioners
The European economy will face a recession by 2-2,5% due to pandemic
Recommended:
Recovery in China could be key to rising global steel prices - MEPS
Zaporizhstal continues to operate at 50% of its capacity
Miners at the world's largest copper company go on indefinite strike
News Analytics
Volvo invests $1.25 billion to build electric vehicle plant in Slovakia01-07-2022, 18:17
Swedish court authorizes construction of steel mill for the first time in 5001-07-2022, 11:09
AvtoVAZ plans to produce at least 400,000 vehicles in 202301-07-2022, 11:29
Zaporizhstal: production results in June 202201-07-2022, 11:39
Australian TIG approved coal mining at the Chukchi Zvonkoye field01-07-2022, 10:21
High iron ore shortage could halt metallurgy's green transition28-06-2022, 14:02
Price volatility hits global steel market27-06-2022, 19:28
Recovery in China could be key to rising global steel prices - MEPS24-06-2022, 14:00
Conflict in Ukraine spurs Europe's drive for clean energy03-06-2022, 12:14
US steel market sentiment becomes more price neutral05-05-2022, 10:15
Sign in with: