The approach of the Belgian government, which depends on Russian gas for only 6%, is that "prevention is better than cure." 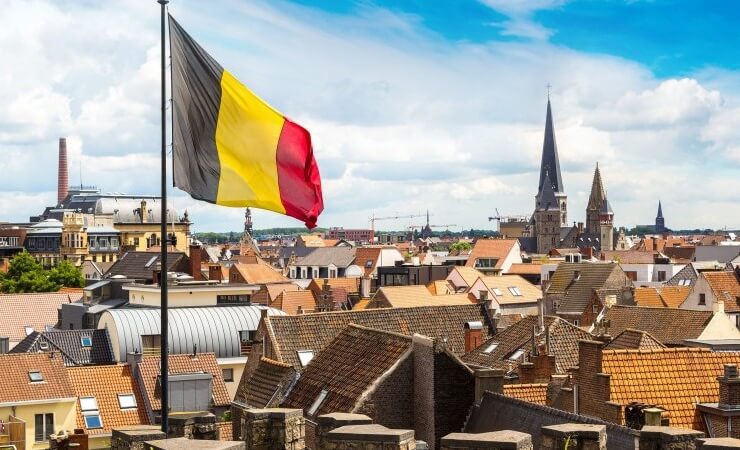 The Belgian government has taken note of the measures already in place to reduce gas consumption as more EU countries were cut off from Russian supplies earlier this week.

Gazprom's decision to stop deliveries to Dutch and Danish utilities has caused concern in other EU countries. But neighboring Belgium looks calm now.

There are no grounds yet for declaring an 'early warning' as part of the national natural gas emergency plan in Belgium,' Energy Minister Tienne van der Straeten said in a statement.

While early warning mechanisms have long been in place in Germany, Italy and other EU countries, Russian imports account for only 6% of Belgian gas consumption.

And the Port of Zeebrugge has more than enough capacity to import LNG from the US and elsewhere.

"There is no impact on Belgian natural gas supplies and Belgium is fully prepared," Van der Straeten said.

The government's approach is that "prevention is better than cure," the minister continued, adding: "We can better protect ourselves by organizing joint gas purchases at the European level, accelerating the energy transition and focusing on energy savings."

In March this year, the Belgian government approved a series of decisions to make energy efficient measures cheaper.

These include: reduced VAT rates on construction products and services, such as demolition and renovation, and the installation of solar panels, heat pumps, and solar water heaters.

Финансовая аналитика, прогнозы цен на сталь, железную руду, уголь и другие сырьевые товары. More news and analytics on Metallurgprom telegram channel - subscribe to get up-to-date market information and price forecasts faster than others.
Сomments
Add a comment
Сomments (0)
On this topic
The head of the European Commission threatened Vladimir Putin with the loss of half of the Russian
The head of the European Commission Ursula von der Leyen suspected of corruption
Belgium bans flights and trains from Great Britain due to new strain of coronavirus
The head of the European Commission called the condition for the launch of Nord Stream 2
ArcelorMittal completely refused to supply Russian raw materials to its European plants
The President of the European Commission announced the beginning of the era of hypercompetitiveness
Recommended:
China's shipbuilding industry continues to lead the global market
Europe's largest pure hydrogen plant to be built in the Netherlands
ArcelorMittal expects real steel demand in Europe to be 'at least stable'
News Analytics
Russian metallurgists will need more than 10 years to replace imports of key09-08-2022, 07:23
China reduced steel exports in July by one million tons or 12%08-08-2022, 17:41
World steel prices have moved from a protracted fall to growth08-08-2022, 16:27
Ferrexpo's net profit in the first half of the year decreased by 88%03-08-2022, 10:20
Ukrainian gas transportation system allowed to pump biomethane03-08-2022, 10:18
The US market may begin a collapse in prices for thick sheet14-07-2022, 09:39
High iron ore shortage could halt metallurgy's green transition28-06-2022, 14:02
Price volatility hits global steel market27-06-2022, 19:28
Recovery in China could be key to rising global steel prices - MEPS24-06-2022, 14:00
Conflict in Ukraine spurs Europe's drive for clean energy03-06-2022, 12:14
Sign in with: