In the REPowerEU plan, the European Commission has doubled its previous goal and now aims to produce 10 million tons of "green" hydrogen in the EU annually by 2030. 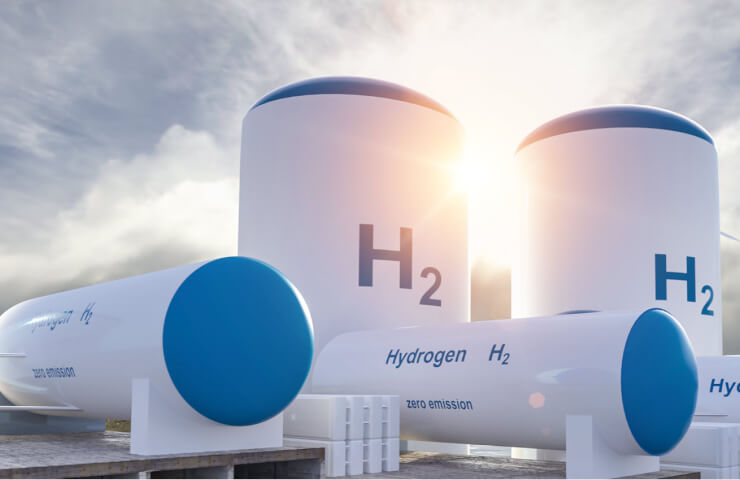 As she explained, the transformation had begun. Hydrogen can become revolutionary for Europe by changing the “rules of the game”.

“We need to move our hydrogen economy from a niche to a massive market. In the REPowerEU plan, we have doubled our goal by 2030 to produce 10 million tons of renewable hydrogen in the EU every year. To do this, we must create a hydrogen market to bridge the investment gap and link future supply and demand,” said Ursula von der Leyen.

“That is why I can announce today that we will create a new European Hydrogen Bank. It will help to guarantee the purchase of hydrogen, in particular, using funds from the Innovation Fund. It will be able to invest 3 billion euros to help build the future hydrogen market. This is how we fuel the economy of the future. This is the European Green Deal,” added the President of the European Commission.

Ursula von der Leyen also said that Europe must completely get rid of dependence on Russian energy carriers and presented a number of measures for this.

Финансовая аналитика, прогнозы цен на сталь, железную руду, уголь и другие сырьевые товары. More news and analytics on Metallurgprom telegram channel - subscribe to get up-to-date market information and price forecasts faster than others.
Сomments
Add a comment
Сomments (0)
On this topic
Hydrogen to be 'key element' of future EU economy - EU climate chief
Europe intends to increase the production of hydrogen electrolyzers tenfold in three years
The European Commission unveiled a plan for economic recovery after the pandemic
The head of the European Commission threatened Vladimir Putin with the loss of half of the Russian
Heat pumps will become an effective weapon in the energy war between the EU and Russia - Time
The "green deal" will cost the European Union $ 100 billion
Recommended:
Mining enterprises of Ukraine reduced the export of iron ore by 38.9%
Ukraine reduced the export of semi-finished products from carbon steel by 70.3%
Platinum market to face shortage next year - WPIC
News Analytics
Metinvest enterprises in Ukraine resumed work after massive shelling of29-11-2022, 11:59
The European Council added the violation of restrictive measures (sanctions) to28-11-2022, 14:22
The abolition of export duty in India may reduce the price of Turkish steel28-11-2022, 14:07
Australia and the UK aim to catch up and overtake China in the battery metal26-11-2022, 22:37
The United States imposed a ban on the import and sale of equipment from26-11-2022, 22:31
Commodity prices will fall, metals quotes will rise slightly - Focus Economics28-11-2022, 13:28
Platinum market to face shortage next year - WPIC22-11-2022, 18:25
Global steel demand falls and will fall by 2.3% in 2022: WorldSteel19-10-2022, 23:12
Iron ore prices fall to 11-month low15-10-2022, 10:36
China production cuts in winter will give limited boost to steel markets -15-09-2022, 10:09
Sign in with: