Investment in Africa's infrastructure is seen by the European Commission as a response to the People's Republic of China's "One Belt, One Road" initiative. 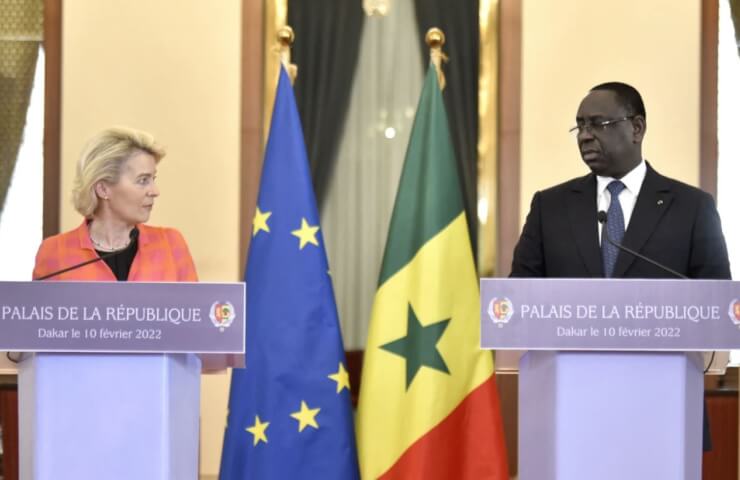 The European Union has officially launched an investment program worth 150 billion euros to develop the infrastructure of African states. This is the first regional project under the initiative called "Global Portal", which is conceived by Brussels as a strategy to counter the Chinese concept of "One Belt, One Road".

Global Portal plans to invest up to $340 billion in public and private infrastructure projects around the world by 2027. The investment scheme will rely on private sector investment as well as funding from EU institutions and member states.

In a post on its website, the EU says the package will include more than $488 million for COVID-19 vaccines and vaccine deployment; Approximately $1.7 billion to strengthen health security architecture, pharmaceutical systems and manufacturing, and improve access to health care, and nearly $70 million for sexual and reproductive health and rights infrastructure.

“At the summit, investments will be in the spotlight as part of the realization of our common ambitions. In this area, Europe is Africa's most reliable partner and by far the most important," von der Leyen said at a press conference in Dakar, Senegal's capital, answering journalists' questions with President Macky Sall. Von der Leyen is in the West African country to prepare for the EU-African Union summit scheduled for next week.

One of the main goals of the EU program in Africa is to support the "green" transition, including the production of renewable energy and the protection of biodiversity, as well as helping the continent to be vaccinated against COVID-19. "In this area, Europe is Africa's most reliable partner and by far the most important," said von der Leyen.

Финансовая аналитика, прогнозы цен на сталь, железную руду, уголь и другие сырьевые товары. More news and analytics on Metallurgprom telegram channel - subscribe to get up-to-date market information and price forecasts faster than others.
Сomments
Add a comment
Сomments (0)
On this topic
The EIB will invest € 100 million in the development of vaccines against coronavirus
Eurasian Resources Group Supports Fund to Prevent Child Labor Exploitation in Mining Communities
Ukraine and the European Union signed a Memorandum on the supply of strategically important raw
The European Union plans to gain technological independence in the production of microchips
UK to lose over £ 18bn due to Huawei sanctions
The EU creates a Fund to combat coronavirus in the amount of 25 billion Euro
Recommended:
Hydrogen to be 'key element' of future EU economy - EU climate chief
LADA became the official car of the Silk Way Rally
Kharkiv Turboatom delivered $750,000 worth of spare parts to Kazakh power plants in April
News Analytics
The largest producer of titanium raw materials in Ukraine OGCC will sell25-05-2022, 20:48
Glencore accused of bribery in London pleads guilty in the US25-05-2022, 10:44
Swiss oil and gas equipment manufacturer Sulzer leaves Russia24-05-2022, 13:08
BIR: European Commission's decision on scrap metal will be the most tragic24-05-2022, 11:41
Rejection of Russian palladium destroys markets24-05-2022, 11:41
US steel market sentiment becomes more price neutral05-05-2022, 10:15
The global high-strength steel market will grow steadily by 5% annually for the04-05-2022, 08:45
China steel inventories hit 13-month high amid COVID-19 outbreak30-04-2022, 16:38
Slowdown in global auto sector affects steel prices27-04-2022, 12:36
World alumina production reaches a record 138 million tons21-04-2022, 09:54
Sign in with: