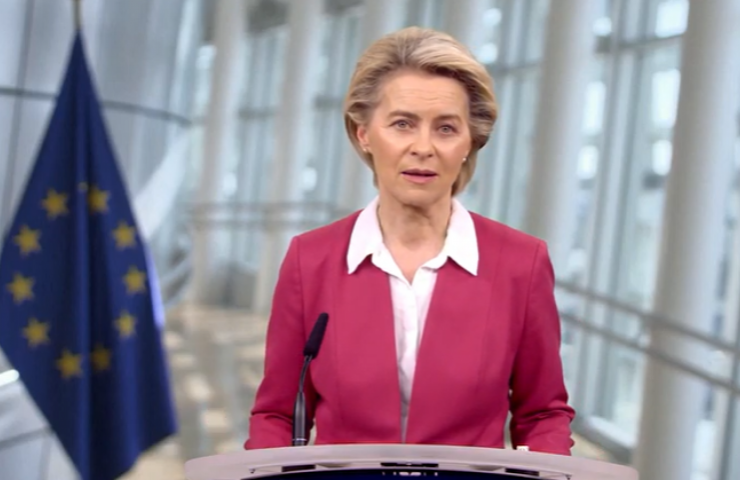 “An era in which some stop at nothing to gain influence, from vaccine promises and high-interest loans to rockets and misinformation. The era of regional rivalry and the reorientation of the attention of major powers to each other, "says Message von der Leyen to President of the European Parliament David-Maria Sassoli.

She announced that the European Union and the United States will develop a new agenda to respond to global changes. In particular, a new Trade and Technology Council and joint working groups on health security and sustainability will be established.

“The EU and the US will always be stronger together,” said von der Leyen.

She pledged that the EU will continue to invest in partnerships with its neighbors - from intensifying participation in the Eastern Partnership to implementing the new Mediterranean Agenda and continuing to work on various aspects of relations with Turkey.

Финансовая аналитика, прогнозы цен на сталь, железную руду, уголь и другие сырьевые товары. More news and analytics on Metallurgprom telegram channel - subscribe to get up-to-date market information and price forecasts faster than others.
Сomments
Add a comment
Сomments (0)
On this topic
Belanto Trade accused Dmitry Firtash of tarnishing the company's image to eliminate a competitor
United Global Logistics (United Global Logistic LLC, hereinafter UGL) launched a container terminal
US and EU begin negotiations to contain China in the steel market
The Ukraine-EU summit may be postponed again - the head of the European Commission went into
The European Commission recommended the EU Council to immediately begin negotiations with the UK
Steel companies from the EU and South Korea will jointly develop steel for Hyperloop
Recommended:
ThyssenKrupp invests 2 billion euros in the construction of Europe's largest DRI plant
Deere invests billions in self-driving tractors
British Steel owner asks government for financial support
News Analytics
British Steel owner asks government for financial support05-10-2022, 13:05
The price of gold crossed the mark of 1700 dollars05-10-2022, 13:28
US coal prices top $20004-10-2022, 10:16
Tata Steel merger plan to secure long-term profits03-10-2022, 10:46
US hydrogen prices to drop to zero dollars per kg in 5 to 6 years: Platts02-10-2022, 21:53
China production cuts in winter will give limited boost to steel markets -15-09-2022, 10:09
Steel prices may rise as manufacturers stop production11-09-2022, 14:06
IREPAS: The global long products market is in a "dramatic situation"10-09-2022, 20:49
Steel prices are unlikely to rise significantly in the near future - analysts02-09-2022, 22:58
Steel prices may move up on new data from China31-08-2022, 12:19
Sign in with: