EU Commission not doing enough to save aluminum industry - associations 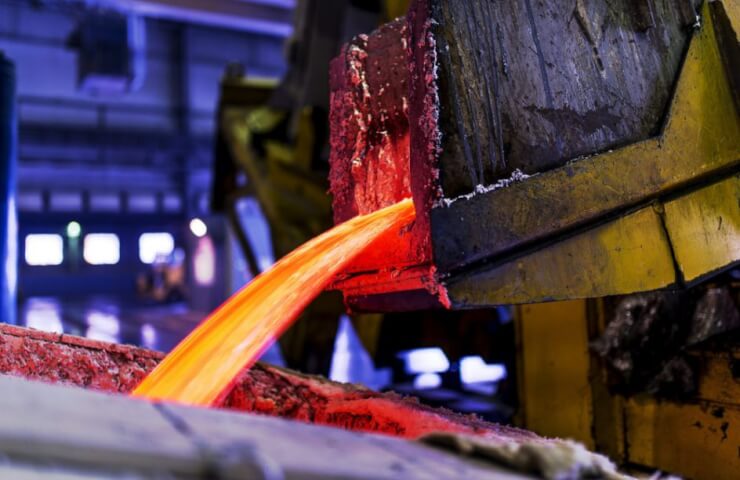 The European Commission's plans to reform electricity markets and lower gas prices are a welcome first step, but they are not enough to save the energy-intensive aluminum industry from further cutbacks, job cuts and a possible total collapse, according to the association of European aluminum producers European Aluminum .

In addition, the European non-ferrous metals trade association Eurometaux said that these measures will not bring relief to metal producers.

The new EU regulation will overhaul electricity markets to decouple electricity prices from gas dominance, and lay out plans for mandatory targets to reduce peak electricity demand, revenue caps for infra-margin types of electricity generation, and the solidarity contribution of energy companies that make windfall profits thanks to the war in Ukraine.

While these measures may provide a much-needed immediate price freeze, European Aluminum said they have done "very little to reduce extremely high energy prices", in particular gas prices, and need to be adjusted.

“We are pleased that the Commission has heeded our calls to protect hedging opportunities and provide additional incentives to sign renewable energy purchase agreements,” said European Aluminum CEO Paul Voss.

However, as we are one of the most vulnerable industries in Europe, we need much more relief from exorbitant gas prices to keep our plants open," Voss said, adding that there are concerns that the proposals do not support such a critical industry like aluminum.

He urged EU energy ministers to take further action during the next council meeting on 30 September, saying that without further action, Europe risks becoming fully dependent on imports.

Eurometaux said the proposed price cap continues to expose European industry to "skyrocketing" electricity prices, while there is no guarantee that the revenue collected will go to struggling industries or be sufficient.

While the EU confirmed the update of the Temporary Crisis Framework in October, Eurometaux stated that this should be delivered as a matter of urgency to support the companies.

"Today's package does not give our companies the support or clarity they need to get through this critical winter," said Guy Tiran, CEO of Eurometaux.

“We need immediate emergency action to deal with the growing industrial crisis in Europe, not further debate at the end of September,” he said, adding that the EU energy crisis support package lacks attention to energy-intensive industries.

It is estimated that by the end of 2022, 1.1 million tons, or half of all primary aluminum production capacity in Europe, will be lost, to be replaced by increased production in China.

According to Eurometaux, rising energy prices have already closed 50% of EU aluminum and zinc capacity, as well as 30% of silicon and ferroalloys production, and the copper and nickel sectors have also been affected.

The Norsk Hydro Slovalco smelter in Slovakia, the Alro alumina refinery in Romania and the Damco Aluminum Delfzijl Cooperatie Farmsum plant in the Netherlands have all been shut down so far.

Hydro has also decided to keep the melting pots at its Husnes and Karmoey plants in Norway offline after scheduled maintenance.