All this is happening against the backdrop of a decrease in the supply of liquefied natural gas (LNG) to Europe by about 20% compared to last year, as the main producers now prefer to supply Asia, where gas prices, including due to heat and high Electricity demand for air conditioning is still above the skyrocketing European demand. 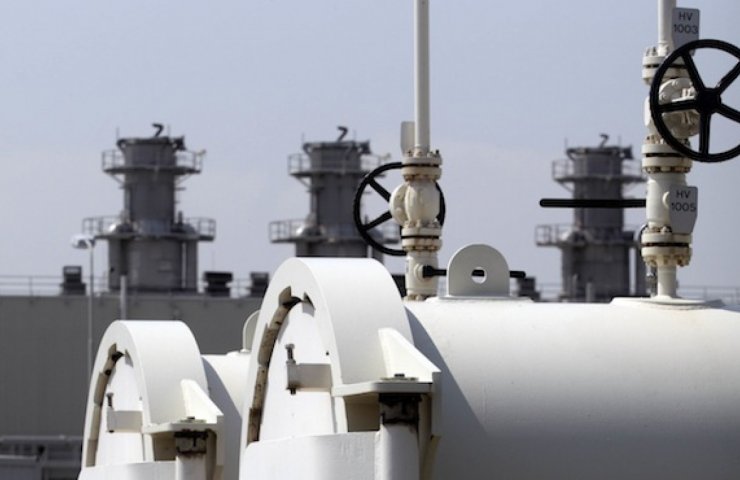 Futures prices for natural gas on the Dutch TTF at the beginning of trading on Friday set a new all-time record, reaching 44.41 euros per MWh. Compared to the previous day's close, prices rose 3.5%. This is evidenced by the trading data.

When translated into values ​​more understandable to the average person, the price of gas is 557 dollars per thousand cubic meters, or about 18,000 hryvnia per cubic meter of fuel (including VAT). Let us remind you that today gas in Ukraine is traded much cheaper - by about 1,500 - 2,000 hryvnias. The spread is at a record high and continues to grow, as gas prices in Ukraine are becoming more expensive than in Europe.

Since the beginning of the year, gas in Europe has risen in price by 2.2 times, and compared to August last year, the price has increased by 5.6 times.

Gas prices are growing amid reduced supplies from Russia, low storage capacity, high demand and minimal supplies of liquefied natural gas (LNG) due to the fact that Asia is taking all the gas, another one has been overcome.

According to the Austrian Energy Agency, local gas storage facilities are currently only 30 percent full, while on average they are two-thirds full. In Germany, gas supplies are also well below the norm.

Gas supplies to Europe through Yamal have decreased, which is associated with the accident at the Gazprom plant. At the same time, Gazprom used all previously booked capacities and showed no interest in additional transit capacities across Ukraine.

“Gazprom's behavior has a negative impact on the European gas market and affects the economy of the entire region. In my opinion, the relevant European antimonopoly authority should intervene in the situation. In addition, such a strategy should be taken into account by the Russian company when certifying Nord Stream-2, ”said Sergey Makogon, General Director of the Ukrainian GTS Operator.

Финансовая аналитика, прогнозы цен на сталь, железную руду, уголь и другие сырьевые товары. More news and analytics on Metallurgprom telegram channel - subscribe to get up-to-date market information and price forecasts faster than others.
Сomments
Add a comment
Сomments (0)
On this topic
Gas prices in Europe renewed record highs and approached $ 500 per thousand cubic meters
"Naftogaz of Ukraine" in February reduced the price of gas for industry by 15%
Gas price in Europe exceeded $ 500 per thousand cubic meters
Gas prices in Ukraine have reached a record value over the past two years - 9000 UAH /thousand
Natural gas prices in Europe soar to two-year highs
Gas prices in Europe from the beginning of the week decreased by 10%
Recommended:
Ford will sharply increase car prices due to a doubling in the price of raw materials for batteries
For 8 months of 2022, steel production in Ukraine fell by 64.5%, to 5.2 million tons
UK government to set up Critical Minerals Agency
News Analytics
EBRD downgrades Ukrainian economic growth forecast for 2023 from 25% to 8%28-09-2022, 13:57
EU plans additional sanctions against Russian metallurgy27-09-2022, 10:34
The European Commission has approved 5.2 billion euros of state support for27-09-2022, 10:43
China's leading industrial profits fall 2.1% in first 8 months27-09-2022, 10:20
Moody's changed the outlook for the global mining industry to26-09-2022, 19:04
China production cuts in winter will give limited boost to steel markets -15-09-2022, 10:09
Steel prices may rise as manufacturers stop production11-09-2022, 14:06
IREPAS: The global long products market is in a "dramatic situation"10-09-2022, 20:49
Steel prices are unlikely to rise significantly in the near future - analysts02-09-2022, 22:58
Steel prices may move up on new data from China31-08-2022, 12:19
Sign in with: