Essar Steel will no longer sell steel in Europe 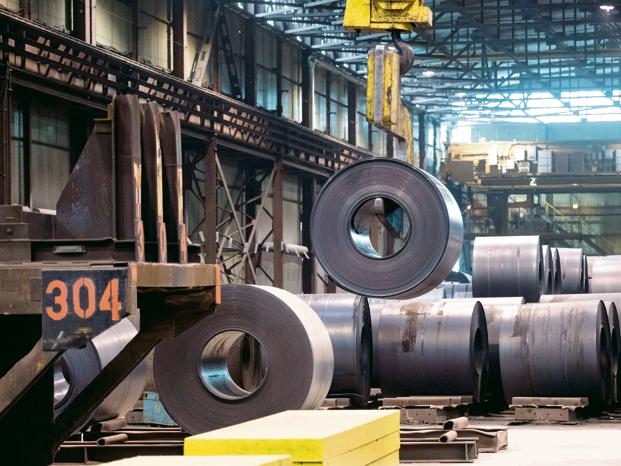 Indian steel producer Essar Steel will no longer offer their products on European markets. About it reports Argus citing its sources.

the Decision was made after 16 December, the manufacturer was acquired by the Luxembourg-based ArcelorMittal and the Japanese producer Nippon Steel. After completion of the transaction, the Indian company was renamed ArcelorMittal Nippon Steel India.

market Participants said that this is to be expected, given the company's position in the European markets.

ArcelorMittal declined to comment. The company Lakshmi Mittal operates several factories throughout Europe and in the last few years has been in fierce competition with imported sheet steel.

the Decision may lead to the reduction of steel imports into Europe from India by at least 30 thousand tons of hot rolled coil per month, which were previously supplied to Essar Steel.

which will be redirected exports of Indian companies is still unknown, but Vietnam and Turkey are potential new markets, as both countries import volumes from India. Given the expected growth in domestic demand in India, the goods can also be supplied to the local market, especially given the fact that prices are rising, having increased this month to us $ 56-70. USA / ton, compared with the previous month.

Import European hot rolled and cold rolled steel in the EU decreased from January to November 2019, according to data of the European Association of steel industries Eurofer, however, India remains one of the key suppliers of flat steel in the block.

Recommended:
Lufthansa has a record loss of 6.7 billion euros in 2020
The silver market is facing record supply and demand in 2021 - Silver Institute
Zaporozhtransformator resumes deliveries to Argentina
On this topic
USA slapped sanctions on steel industry of Iran
ArcelorMittal and Nippon Steel complete acquisition of Essar Steel
The Chinese company will buy British Steel in the coming days: every day of delay costs 1 million
UK Steel publishes its government requirements in a mini-manifesto
ArcelorMittal head leaves for Bosnia to post bail for arrested brother
ArcelorMittal threatens to close Europe's largest steel mill
Add a comment
Сomments (0)
News Analytics
Tibet invests about $ 30 billion in infrastructure projects in 5 years06-03-2021, 14:39
Siemens Energy promised Deutsche Welle to closely monitor democracy in Belarus06-03-2021, 10:32
US and EU suspend the collection of duties that were imposed against each other05-03-2021, 22:48
Turboatom and Electrotyazhmash discussed prospects for cooperation under05-03-2021, 19:04
DMZ Yaroslavsky in February almost doubled the production of rolled products05-03-2021, 18:19
Spread between raw materials and high strength alloy steel in Europe increased01-03-2021, 20:21
Increase in prices is forecasted in the markets of steel raw materials -26-02-2021, 09:25
Troy ounce of gold will drop $ 500 in two years - Fitch25-02-2021, 18:29
Global iron ore production growth to outstrip cumulative production in India23-02-2021, 10:22
Fitch Ratings Warns of “Shocking Impact” on Fossil Fuel Exporters18-02-2021, 14:44
Sign in with: