the Leaders of the European Union the third day to agree on the amount of financial assistance to the countries of the block affected by COVID-19 and quarrel because of disagreements on the rule of European law. 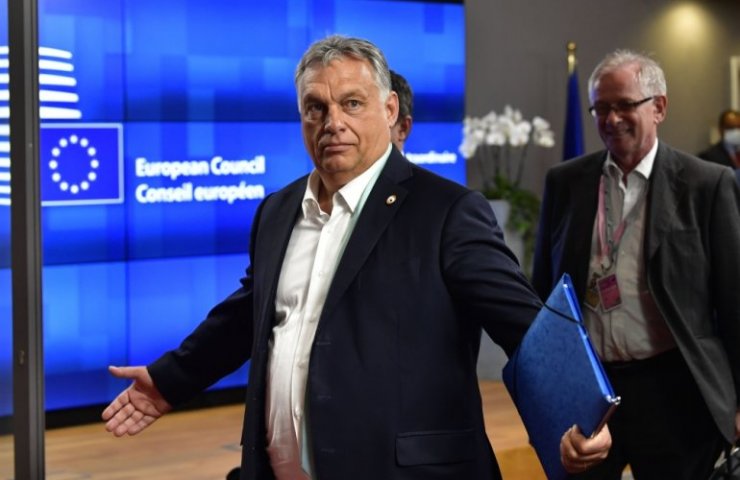 German Chancellor Angela Merkel warned on Sunday that the EU summit's approval of a package of measures for economic recovery of the countries of the bloc from the effects of coronavirus can be closed without a deal, since Acrossa can't agree on the size of the pan-European Fund and its distribution among countries.

the 27 leaders for two days of arguing about the scope and rules of the pack, and the Netherlands led a group of "conservative" allies, demanding smaller budgets and more stringent conditions for the provision of trenches.

Arriving at the "decisive" day extraordinary summit, Merkel said that the EU leaders still have a lot of differences.

"I still can't tell whether the found solution," she said. "There is a lot of goodwill ... but maybe today will not be achieved any result."

the Dutch want member States had the opportunity to influence national support, to allow countries to implement reforms of the labour market, while Austria, Finland, Denmark and Sweden want to reduce the package of loans and grants of up to 750 billion euros.

At the same time, the Prime Minister of Hungary Viktor Orban said that the money will not become a stumbling block in the forthcoming transaction. The problem is the initiative for inclusion in the budget of a reservation about the rule of law in the EU that directly threatened Hungary, where Orban is accused of creeping authoritarianism.

Orban has accused his Dutch counterpart Mark Rutte that he hates him personally and wants to punish his country. Hungary joined Poland and Slovenia, which are also opposed reform to the rule of law.

Most European leaders want to tie budget payments to the EU to recipient countries that support the legal standards of the EU.

the 27 leaders in Brussels on the third day of tense meetings at the highest level on a package of measures to restore coronavirus and long-term EU budget.

Package of measures to save is in addition to the planned seven-year EU budget - worth over one trillion euros.

Recommended:
The Bogdan Motors team appealed to the People's Deputies of Ukraine
ArcelorMittal Kryvyi Rih signed a Memorandum of Cooperation with Kryvyi Rih National University
Australian aborigines fired boss of world's largest mining company
On this topic
Yuzhmash told whether it is possible to launch reusable rockets from the Black Sea
The refusal of Merkel to attend the summit of G-7 may be associated with the "Northern stream-2"
Measures to rescue the economy and financial system of the EU is not consistent
Angela Merkel: up to 70% of the population will be infected with coronavirus
The EU creates a Fund to combat coronavirus in the amount of 25 billion Euro
US lowers import duties on Turkish steel to 25 percent
Add a comment
Сomments (0)
News Analytics
A decrease in business activity is observed in the regional markets for25-09-2020, 15:24
Prices for metal products and scrap metal began to fall in China25-09-2020, 12:14
COVID-19 pandemic plunges global labor income by $ 3.5 trillion24-09-2020, 20:51
The price of electricity for Ukrainian metallurgists turned out to be twice as24-09-2020, 20:47
The 30 millionth LADA car rolled off the assembly line of AVTOVAZ (Video)24-09-2020, 18:12
Iron ore prices to surpass six-year high soon16-09-2020, 10:32
World Oil Demand Peak May Be Over - BP15-09-2020, 09:05
China expands car market capacity by increasing demand for steel and metals11-09-2020, 10:56
Prices continue to rise in the long and flat steel markets08-09-2020, 14:25
Difference between ferrous and non-ferrous metal28-08-2020, 13:45
Sign in with: