The countries of the eurozone will continue to massively support the economy affected by the coronavirus pandemic. Debt problems will be resolved with the beginning of the recovery from the crisis. 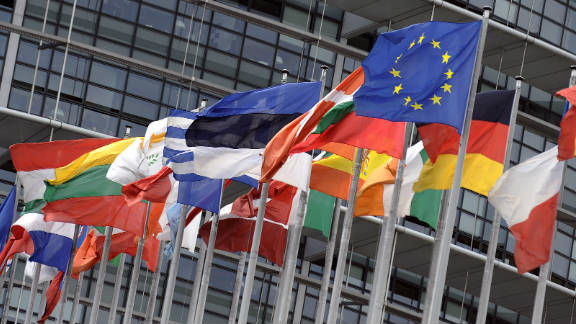 Despite the growing budgetary arrears, Germany and other eurozone states intend to continue to provide great assistance to the economy in the fight against the coronavirus pandemic.

In the current and next year, its volume should remain unchanged, according to the statement of the Eurogroup, made on Monday, March 15, following a video conference of the finance ministers of the eurozone countries. Only when the economy recovers will it be possible to tackle the problem of the increased debt.

"You can not save in the fight against the crisis," - said the Minister of Finance of Germany Olaf Scholz (Olaf Scholz). According to him, it is necessary to closely monitor the development of the pandemic and increase the rate of vaccination. The Vice-Chancellor of Germany called the assistance agreed by the European Union in the fight against the consequences of the pandemic in the amount of 750 billion euros "a historical chance", stressing that ambitious reform plans could give a real impetus to modernization.

The European economic aid package was agreed in the summer of 2020, but the EU is not yet ready to implement it, since plans on where the funds should be directed have not been completed. In addition, many countries still have to ratify the legal framework so that the European Commission can attract borrowed funds for the program.

In a statement, the Eurogroup indicates that in 2020, 19 eurozone states sent financial assistance to their economies in the amount of 8 percent of GDP. In addition, measures were taken to increase liquidity - for example, secured corporate loans - at 19 percent of production. This was financed mainly by new debt. At the same time, the rules of the European Stability Pact concerning public debt and budget deficits were suspended. The European Commission wants this situation to last until 2022.

Recommended:
China to cut port and air fees to reduce business burden
Ferrexpo reduces production of iron ore raw materials in the first quarter of 2021 by 12%
Dneprospetsstal upgraded the electricity metering system
On this topic
Germany to announce nationwide partial lockdown on November 2
The Eurogroup have not reached agreement about the aid package the EU economy
Measures to rescue the economy and financial system of the EU is not consistent
Berlin is investing in rail infrastructure 86 billion euros
Former German Chancellor Schroeder has strongly condemned U.S. sanctions against the "Nord stream –
Trump's trade war with China negatively affects Ukraine
Add a comment
Сomments (0)
News Analytics
Ukraine and the United States are deepening cooperation in the trade and20-04-2021, 20:46
Nikopol pipe plant "Centravis" is approved as a supplier of the Chinese20-04-2021, 20:10
The capacity of the domestic steel market in Ukraine in January-March decreased19-04-2021, 10:33
In Russia, there is an exuberant demand for agricultural machinery19-04-2021, 10:24
Iran is satisfied with the reaction of the world community to 60% enrichment of18-04-2021, 13:24
World Steel Association predicts a good year for metallurgists15-04-2021, 18:19
World Steel Association defines green steel and its variations12-04-2021, 13:14
China unlikely to cut steel capacity in 2021 due to high steel prices07-04-2021, 12:11
Scrap metal market at the beginning of April02-04-2021, 11:10
Rising Chinese Prices Fueled Rising Global Steel Prices - MEPS25-03-2021, 18:54
Sign in with: