Tata Steel has unveiled a € 300 million environmental improvement plan to reduce emissions at its Ijmuiden plant in the Netherlands. 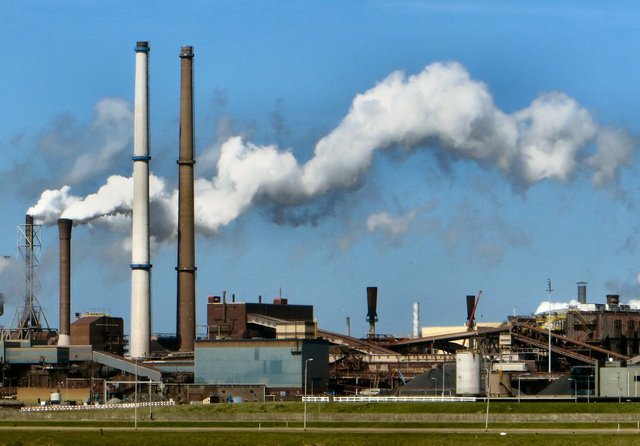 Tata Steel is investing 300 million euros in environmental projects at the Ijmuiden steel mill in the Netherlands. This is stated in press release of its European division.

As part of the Roadmap + initiative, Tata Steel will commit € 150 million towards the construction of a DeNOx plant at the Ijmuiden pellet plant, which will significantly reduce emissions by reducing the production of nitrogen oxides (NOx) and heavy metal particulates by more than by 90%. The project will also include a € 50 million investment in the modernization of Coke and Gas Plant 2 (CGP2), which will help reduce odors and particulate emissions.

The Indian Metals Company will work closely with local and North Holland provincial government officials to ensure that the company is meeting and improving its emissions standards set by local environmental laws.

The latest environmental protection measures in Ijmuiden are in line with Tata Steel's aspiration to be carbon neutral by 2050 and maintain its position as the world leader in the production of steel with the lowest CO 2 per tonne .

The Tata Steel Group is one of the world's leading steel companies with an annual crude steel production of 34 million tonnes. It is one of the most geographically diversified steel producers in the world, with operations and commercial presence around the world. Group turnover (excluding Southeast Asia) for the year ended March 31, 2020 was $ 19.7 billion.

Recommended:
In the capital of Greece and its environs due to COVID-19, a "hard lockdown " will be introduced
US Steel focuses on the production of nanosteel for high-strength alloys
China Integrated Circuits Market Exceeds $ 140 Billion in 2020
On this topic
UK financial support the largest metallurgical company in the country
Tata Steel Europe has promised not to lay off workers in the Netherlands after protests
Sales Tata Steel fell by 15%
Europe moves to unmanned vehicles presents a roadmap
CDP: steel industry will not be able to reduce CO2 emissions
Tata Steel plans to increase steel production to 30 million tons by 2025
Add a comment
Сomments (0)
News Analytics
Bosch launches automotive chip plant in Dresden08-03-2021, 13:45
Eurozone investor morale at its highest rise in 12 months08-03-2021, 12:30
Port on the coast of Pilbara in Australia stops shipments of iron ore due to08-03-2021, 11:14
Coronavirus drove Belgian skiers to the slopes of the Charleroi waste heap07-03-2021, 13:52
US Steel focuses on the production of nanosteel for high-strength alloys07-03-2021, 13:46
Spread between raw materials and high strength alloy steel in Europe increased01-03-2021, 20:21
Increase in prices is forecasted in the markets of steel raw materials -26-02-2021, 09:25
Troy ounce of gold will drop $ 500 in two years - Fitch25-02-2021, 18:29
Global iron ore production growth to outstrip cumulative production in India23-02-2021, 10:22
Fitch Ratings Warns of “Shocking Impact” on Fossil Fuel Exporters18-02-2021, 14:44
Sign in with: