ArcelorMittal stops steel production in Spain due to workers' strike

The Quinone plant will be idle for as long as it takes to resolve all issues with the unions, the company said. 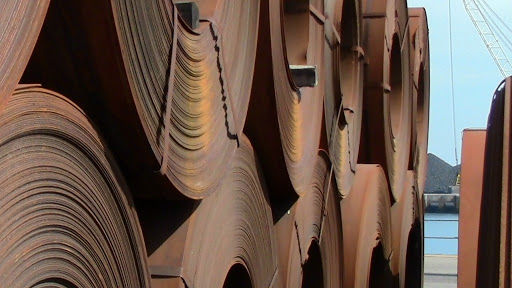 Steel company ArcelorMittal Asturias has suspended production at its steel plant in Gijón, Spain due to a workers' union strike.

The strike made it impossible to continue operations "without serious danger to equipment and especially to employees," according to the largest steel company in the world.

ArcelorMittal has decided to initiate a work stoppage from 17:00 CET today, which will continue as long as necessary, which means that all personnel in the plant will not be able to work separately from the staff assigned to essential services to ensure safety equipment.

According to ArcelorMittal, a plan to produce long products in Asturias has been discussed with unions for several months, but no agreement was reached, prompting the two unions to go on indefinite strike.

The production capacity of the Gijón plant is about 600,000 tonnes of heavy plate per year and up to 1 million tonnes of wire rod and rails per year.

Earlier today, ArcelorMittal announced an immediate increase in base prices at its European plants. From this day, the price for hot-rolled sheet will be at least 650 euros per ton, and prices for galvanized steel will start at 750 euros per ton on a self-pickup basis.

Recommended:
The decision to privatize a steel plant in India sparks massive protests
Ukroboronprom and Ukrspetsexport signed a cooperation agreement with EDGE Group
The Association of the Extractive Industries of Ukraine declared injustice in the bill
On this topic
The Swedes first in the world to conduct heating of the steel by hydrogen in the process of rolling
US senators warned the company Allseas about the "fatal legal and economic sanctions"
The Brits are terribly worried about the possible sale Britih Steel Chinese
Prospects for the development of the economy and steel market in the EU in 2019-2020
ArcelorMittal prepares to further cut steel production in Europe
British metallurgy will lose about 5 percent of revenues annually due to Brexit
Add a comment
Сomments (0)
News Analytics
Turboatom and Electrotyazhmash discussed prospects for cooperation under05-03-2021, 19:04
DMZ Yaroslavsky in February almost doubled the production of rolled products05-03-2021, 18:19
Sanjeev Gupta Metallurgical Alliance Stops Paying Greensill Loans05-03-2021, 18:18
China to build high standard free trade zone network to reach worldwide - Xinhua05-03-2021, 16:43
Ukraine and Australia have become one step closer in cooperation in the space05-03-2021, 14:25
Spread between raw materials and high strength alloy steel in Europe increased01-03-2021, 20:21
Increase in prices is forecasted in the markets of steel raw materials -26-02-2021, 09:25
Troy ounce of gold will drop $ 500 in two years - Fitch25-02-2021, 18:29
Global iron ore production growth to outstrip cumulative production in India23-02-2021, 10:22
Fitch Ratings Warns of “Shocking Impact” on Fossil Fuel Exporters18-02-2021, 14:44
Sign in with: