London state of emergency over threat of hospital overcrowding

The Mayor of London has declared an emergency in the British capital due to the threat of overcrowding in hospitals due to the coronavirus and a lack of reserves in the healthcare system. 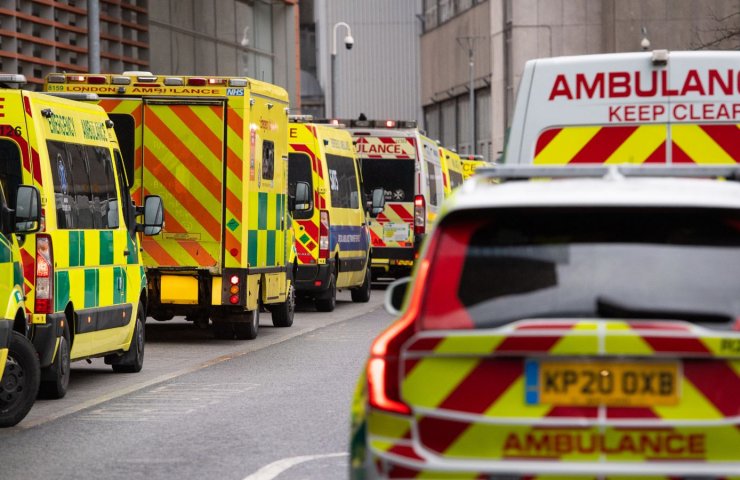 London Mayor Sadiq Khan declared an emergency in the British capital due to an increase in coronavirus cases and overcrowded hospitals.

Rising infection rates, he said, "are putting enormous pressure on an already failing healthcare system," with ventilators growing 42% from 640 to 908 in the week to January 6. .

There are currently 7,034 people with COVID-19 in London hospitals, up 35% from the first peak of the pandemic in April.

London's ambulance service accepts up to 8,000 emergency calls a day, up from 5,500 on a typical busy day.

Mr. Khan announced that he is "declaring an emergency because the threat this virus poses to our city is in crisis."

Recommended:
Rolls-Royce suspends production of jet engines for the first time in its history
Interpipe and DTEK signed agreements with the UAE State Investment Fund
ArcelorMittal postpones blast furnace restart in Belgium due to heavy snowfall
On this topic
Panic over a new strain of coronavirus could finally ditch the European aviation industry
Germany to announce nationwide partial lockdown on November 2
BBC: Airbus began massive layoffs in the UK
ArcelorMittal prints the details of a ventilator on a 3D printer in Spain
Angela Merkel: up to 70% of the population will be infected with coronavirus
British metallurgy will lose about 5 percent of revenues annually due to Brexit
Add a comment
Сomments (0)
News Analytics
Bosch launches automotive chip plant in Dresden08-03-2021, 13:45
Eurozone investor morale at its highest rise in 12 months08-03-2021, 12:30
Port on the coast of Pilbara in Australia stops shipments of iron ore due to08-03-2021, 11:14
Coronavirus drove Belgian skiers to the slopes of the Charleroi waste heap07-03-2021, 13:52
US Steel focuses on the production of nanosteel for high-strength alloys07-03-2021, 13:46
Spread between raw materials and high strength alloy steel in Europe increased01-03-2021, 20:21
Increase in prices is forecasted in the markets of steel raw materials -26-02-2021, 09:25
Troy ounce of gold will drop $ 500 in two years - Fitch25-02-2021, 18:29
Global iron ore production growth to outstrip cumulative production in India23-02-2021, 10:22
Fitch Ratings Warns of “Shocking Impact” on Fossil Fuel Exporters18-02-2021, 14:44
Sign in with: