The company is in talks with unions to improve the productivity and efficiency of its civil aerospace operations in the UK by 10%. 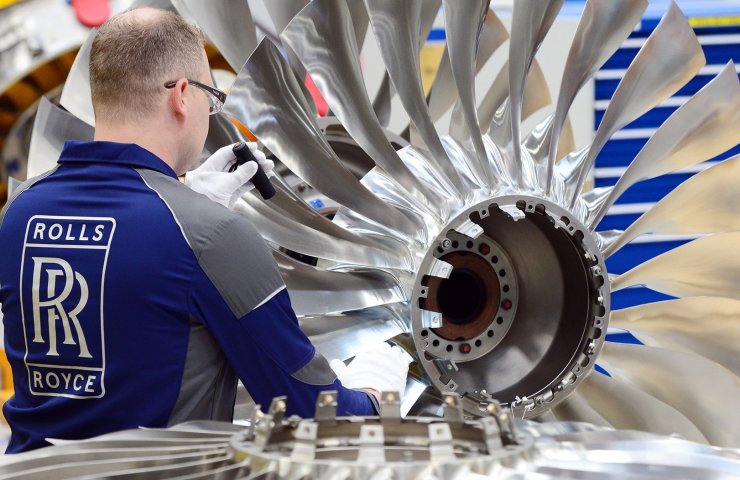 Rolls-Royce plans to temporarily close its jet engine factories for two weeks this summer to save money for the first time in the company's history. tells about this Financial Times on Sunday.

The British aircraft engine manufacturer is currently in consultation with trade unions and representatives from its civil aviation division, which manufactures jet engine parts, in an effort to convince all stakeholders of the need to cut costs to cope with the lingering collapse of the aviation market. caused by the coronavirus pandemic.

The division employs 19,000 people worldwide in countries including Germany and Singapore, although the majority - 12,500 - are based in the UK.

Rolls-Royce has also begun negotiations with UK unions to ensure a continuous 10% increase in the productivity and efficiency of its UK civil aerospace operations.

The group is trying to cope with a deep and prolonged slump in demand for aviation services following the first wave of coronavirus quarantines. The company announced last year that it will lay off at least 9,000 of its 52,000 employees to save £ 1.3 billion annually by the end of 2022.

On Sunday, executives from the UK's three largest airports detailed the crisis in the aviation sector to the Financial Times, saying Heathrow, Gatwick and Manchester combined were losing around £ 50 million a week as passenger numbers plummeted, but their constant costs such as business rates and police services remain the same.

Recommended:
Liberty Steel made an official statement on the current financial situation in the company
The structures of the Russian billionaire Mordashov blocked the payment of dividends at Turboatom
Zimbabwe government seeks new investors in ZISCO steel plant
On this topic
Rolls-Royce sells 94% of its £ 2 billion stake
Rolls-Royce intends to raise three billion pounds so as not to go bankrupt
Rolls-Royce says demand for luxury cars is recovering
Rolls-Royce has confirmed a reduction of 3,000 jobs in the UK
The European auto industry closes plants because of the violation of supply chain components
Rolls-Royce will begin to produce household mini nuclear reactors by 2029
Add a comment
Сomments (0)
News Analytics
China's Non-Ferrous Metals Sector Records High First Quarter Profits08-05-2021, 15:43
Copper price rises to a record high08-05-2021, 10:17
Dneprotyazhmash manufactures technological equipment for DMK07-05-2021, 10:07
The National Bank of Ukraine will sell 46 tons of scrap metal from obsolete07-05-2021, 10:10
Dnieper Metallurgical Plant DCH Steel in April reduced steel production by 2.8%07-05-2021, 09:18
The current state of the market is ideal for the sale of rolled steel - IREPAS04-05-2021, 18:41
Global hydrogen demand to grow 7-fold by 2070 - PwC21-04-2021, 12:31
World Steel Association predicts a good year for metallurgists15-04-2021, 18:19
World Steel Association defines green steel and its variations12-04-2021, 13:14
China unlikely to cut steel capacity in 2021 due to high steel prices07-04-2021, 12:11
Sign in with: