Thyssenkrupp Steel Europe showed good profit for the first time in many months and the group decided to continue the reconstruction and modernization of steel plants in Germany at an accelerated pace. 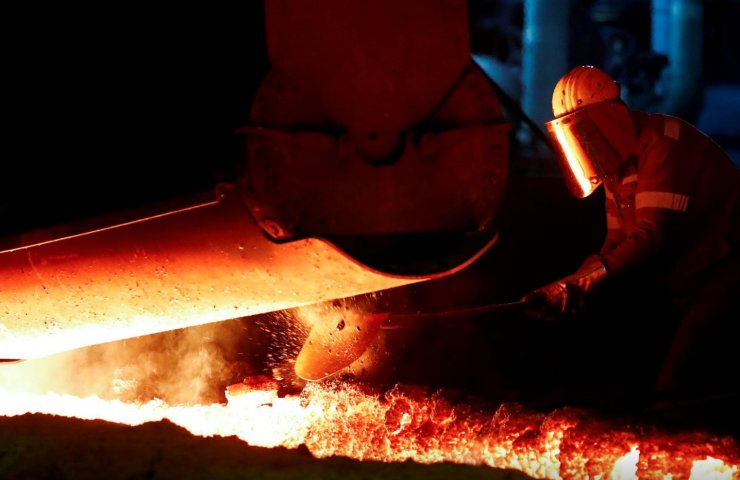 German engineering and steel concern Thyssenkrupp plans to invest millions of euros in its steel division to modernize production sites in Duisburg and Bochum, Bloomberg reported on Wednesday.

The projects are planned to be completed by the end of 2024.

“Thyssenkrupp AG has approved the funding for an important investment in our manufacturing network,” said Bernhard Osburg, CEO of Thyssenkrupp Steel Europe. “This is a strong signal for the steel business and a strong sign of confidence in difficult times.”

“Amid the ongoing volatile market environment, we have had a good first quarter as we are seeing signs of economic recovery and our efforts to improve business performance are starting to bear fruit. We are still in the red. Further efforts are needed to transform Thyssenkrupp into an efficient group of companies in the long term. This is why we continue to accelerate the renovation, ”said CEO Martina Merz.

The group currently expects to almost break even at adjusted operating profit. Earlier it was expected that the loss for 2020 - 2021 will be more than a billion euros.

The group's steel division, which is supposedly being sold but can now be spun off and retained as part of the group, posted an adjusted operating profit of € 20 million ($ 24 million) in the first quarter, compared with a 127 million loss in the same period last year.

At the group level, adjusted operating income for the October-December quarter was € 78 million, a level that will decline between January and March, the company said.

Recall that in January the British LIBERTY STEEL billionaire Sanjiv Gupta submitted to Thyssenkrupp a firm bid for the acquisition of its steel division, but never received a response from the German concern.

Recommended:
Georgia's economy shrinks by 11.5% in January
Interpipe NTRP allocated 84 million hryvnia for the implementation of environmental projects
Saudi Aramco to Provide $ 10 Billion to Buyer of Its Pipeline Division
On this topic
The European vehicle manufacturers Association expects a record decline in sales in 2020
Employees of the Nissan plant in Barcelona lit candles on their jobs (Video)
USA slapped sanctions on steel industry of Iran
Tata Steel commented on reports of mass layoffs in Europe
French railroad workers bought a "daughter" of the bankrupt British Steel
USA records record steel production
Add a comment
Сomments (0)
News Analytics
Georgia's economy shrinks by 11.5% in January26-02-2021, 21:21
Ukraine retained its position in the world ranking of steel producers and rose26-02-2021, 15:52
ArcelorMittal has raised prices for galvanizing for the European market to 90026-02-2021, 13:23
The European Commission initiated a new investigation on steel imports to26-02-2021, 13:22
A rally of workers of the stopped shipyard was held in Mariupol26-02-2021, 12:34
Increase in prices is forecasted in the markets of steel raw materials -26-02-2021, 09:25
Troy ounce of gold will drop $ 500 in two years - Fitch25-02-2021, 18:29
Global iron ore production growth to outstrip cumulative production in India23-02-2021, 10:22
Fitch Ratings Warns of “Shocking Impact” on Fossil Fuel Exporters18-02-2021, 14:44
Raw material prices rise by about 10.5% in January 2021 - Deutsche Industriebank12-02-2021, 10:48
Sign in with: