Ukraine in the future could become a supplier of hydrogen fuel for the metallurgical plant in Duisburg. 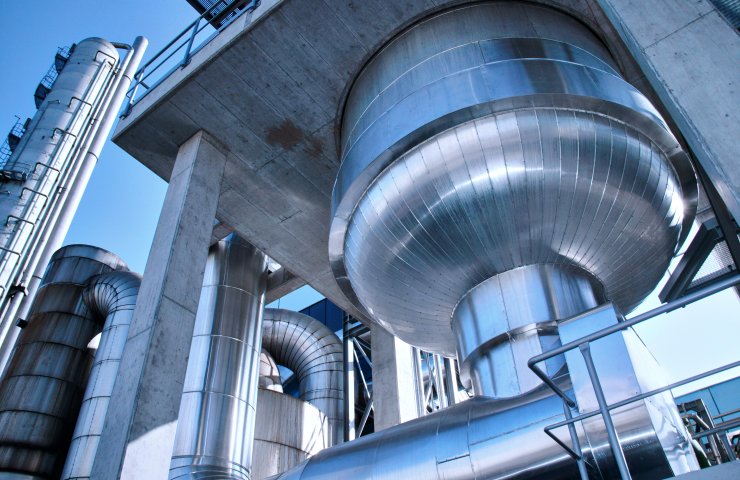 German steel company Thyssenkrupp intends to build a direct reduced iron plant with an integrated smelter for hydrogen and green energy at its Duisburg plant to produce green steel, reported by the company on August 28.

The company presented to the Federal Minister of Economy Altmeier and Prime Minister Laschet an innovative concept for the environmental transformation of the Duisburg smelter, codenamed “Blast Furnace Cast Iron 2.0”.

The plant is expected to be completed by 2025 and will have a capacity of 1.2 million tonnes of direct reduced iron (DRI) per year. If by then hydrogen is not available in sufficient quantities, the plant will operate on natural gas.

Thyssenkrupp has set itself the goal of reducing CO 2 emissions by 30% by 2030 and plans to complete construction of the main part of the plant by 2025 /In the same year, it is planned to smelt 400,000 tonnes of green steel. The company plans to produce 3 million tons of green steel by 2030.

“Our steel specialists presented a technologically sophisticated integrated climate concept for the largest steel mill in Europe. Based on this concept, we will define the details for a sustainable transformation of our manufacturing as part of an implementation study by early 2021. The concept will have significant impact far beyond Duisburg, ”said Thyssenkrupp CEO Martina Merz.

Thyssenkrupp is the largest steelmaker in Germany, and only one site in Duisburg currently accounts for more than two percent of all CO 2 emissions in Germany.

In the short term, tests are underway using hydrogen in conventional blast furnaces prior to the completion of the DRI plant.

Thyssenkrupp is not the only German steelmaker interested in DRI plants. In June, Salzgitter announced that it would build a DRI plant in Wilhelmshaven, Lower Saxony, with an annual production of 2 million castings per year, powered by hydrogen. Completion of the feasibility study of the project is planned by the end of March 2021.

In early June, the German government adopted a hydrogen strategy that has been endorsed by the steel industry as the driving force behind the transition to hydrogen for steel production.

Recall that Ukraine and Germany signed an agreement according to which the parties will participate in the development of hydrogen technologies. And last week the Ukrainian gas transportation system was tested the possibility of transporting hydrogen through it instead of natural gas.

Recommended:
Germany's second largest steel company announces force majeure on supplies due to snowfall
Ferrous metallurgy enterprises provided 78% of the foreign exchange earnings of the Donetsk region in 2020
The largest Texas energy company files for bankruptcy
On this topic
Air Products and Tyssenkrupp will work together to sell "green" hydrogen
How the reform of the electricity market in Ukraine can lead to a collapse and what to do about it
The German utility will help Thyssenkrupp to switch to hydrogen in steelmaking
The Swedes first in the world to conduct heating of the steel by hydrogen in the process of rolling
At Central GOK, Metinvest launched a line of production of direct reduced iron
ArcelorMittal switches to hydrogen gas for pure steel production
Add a comment
Сomments (0)
News Analytics
Metinvest will gain control over the largest producer of coking coal in Ukraine04-03-2021, 19:26
Ukrainian business sees great opportunities in expanding China's openness -04-03-2021, 19:08
The fall in the price of nickel by more than 8% was the sharpest in 4 years04-03-2021, 18:25
At the Yaroslavsky metallurgical plant in the Dnieper began to pay for new04-03-2021, 14:39
Novokramatorsk Machine Building Plant strengthens its position in the national04-03-2021, 14:44
Spread between raw materials and high strength alloy steel in Europe increased01-03-2021, 20:21
Increase in prices is forecasted in the markets of steel raw materials -26-02-2021, 09:25
Troy ounce of gold will drop $ 500 in two years - Fitch25-02-2021, 18:29
Global iron ore production growth to outstrip cumulative production in India23-02-2021, 10:22
Fitch Ratings Warns of “Shocking Impact” on Fossil Fuel Exporters18-02-2021, 14:44
Sign in with: