Despite opposition from key employees and talk of German business traditions, Thyssenkrupp may still have to sell its steel business to a British oligarch. 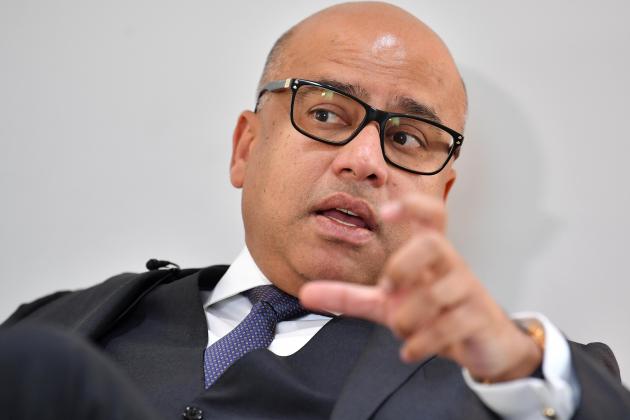 Thyssenkrupp may give Britain's Liberty Steel access to its steelmaker's books as early as next week, sources familiar with the matter told Reuters.

Earlier it was reported that the German concern remains open to negotiations with any interested buyer of its unprofitable metallurgical business.

The proposal from Liberty Steel caused particularly strong employee dissatisfaction. Jürgen Kerner, Deputy Chairman of the Supervisory Board of ThyssenKrupp, spoke out unequivocally against the deal.

“It's kind of like a bargain hunt. Liberty Steel has grown by buying underperforming facilities, ”Kerner said. “Now she is trying to get a name based on traditions for little money. ThyssenKrupp does not need a new owner, ThyssenKrupp needs liquidity.

Thyssenkrupp plans to cut another 5,000 jobs, in addition to previously announced layoffs of 6,000 employees, to stem the growing losses of € 1.6 billion in the last fiscal year.

The company said it plans to make a decision on what to do with its struggling steel business next spring after the division suffered losses of nearly a billion euros as the COVID-19 pandemic hit steel demand. .

As a reminder, earlier this year, Thyssenkrupp sold his elevator technology business to a consortium led by Advent, Cinven and RAG for € 17.2 billion. The concern has repeatedly received state aid from the German government, but financial problems are becoming more and more threatening.

Recommended:
Investment demand for electricity projects in Ukraine is $ 25 billion - Ministry of Energy
In the next two weeks, full information on the use of Ukraine's subsoil will be published
Every million tons of coal mined in Ukraine is paid for by the life of at least one miner - trade unions
On this topic
Thyssenkrupp will lay off 11,000 people to stop losses rising to 1.6 billion euros
Thyssenkrupp says negotiations to sell steel business have not progressed a step
Muddy history with the sale of British Steel becomes like a bad vaudeville
The Gupta family comes out of the shadows: announced the creation of a new metallurgical Corporation
Liberty Steel CEO writes letter to Financial Times
British Steel buyer has not yet appeared
Partner news
Сomments
Add a comment
Сomments (0)
News Analytics
Poland refuses to close coal mine despite EU court ruling and € 0.5 million a21-09-2021, 20:49
Lawsuits filed against BMW and Mercedes-Benz in Germany for refusing to cut CO221-09-2021, 11:44
Low-carbon beer: Budweiser and Rusal launch a pilot project21-09-2021, 10:19
High-speed alloy design could revolutionize the hydrogen future21-09-2021, 09:09
UK energy companies file for bankruptcy en masse due to high gas prices21-09-2021, 09:13
Moody's changes its outlook for the mining and metals industry from "positive"14-09-2021, 18:39
European steel prices decline from summer highs and remain stable high04-09-2021, 10:38
Rise in European steel prices to dizzying levels finally fizzled out - Bloomberg27-08-2021, 13:18
Gold continues to be the most efficient portfolio asset - WGC26-08-2021, 12:38
Falling iron ore prices caught Wall Street by surprise - WSJ23-08-2021, 13:57
Sign in with: