Thyssenkrupp and RWE are planning to build a plant for commercial production of hydrogen for use in the blast furnace plant in Duisburg. 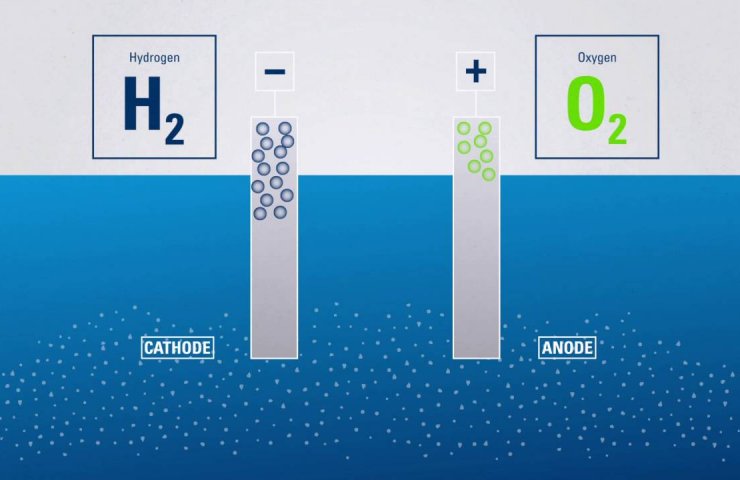 German utility company RWE is planning mass production of hydrogen from renewable energy sources in the framework of the scheduling agreement with Thyssenkrupp to the largest steel producer in Germany could gradually replace coal into hydrogen in their blast furnaces.

RWE, which is heavily dependent on coal, can be in the hydrogen business due to changes in German law after the Berlin policy complete the development of a strategy to shift Europe's largest economy towards low-carbon energy sources.

steel making, which is one of the most polluting industrial sectors, which accounts for 7-9% of global greenhouse gas emissions have long been considered ideal for the use of hydrogen generated by splitting water into two components using electricity.

As became known the Reuters reporters, a hydrogen plant with a capacity of 100 megawatts, which RWE plans to build in the state of lower Saxony, could supply hydrogen for steel mills Thyssenkrupp in Duisburg by mid-decade.

On completion, the new plant will deliver 1.7 tons of hydrogen gas per hour, or about 70% of the necessary fuel for the blast furnace that Thyssenkrupp plans to install for the specific purpose to use it on hydrogen, not on heavily polluting coal.

This will be enough to produce 50 000 tonnes climate neutral steel a year, about the same as needed to produce the same amount of new cars.

"Climate neutrality in the steel sector, and we are accelerating the transition in respect of our production," said Bernhard Osburg, Executive Director of Thyssenkrupp Steel Europe. "Nowhere is it possible to use hydrogen with the same efficiency for climate protection, as in steel."

Planned partnership brings Thyssenkrupp and RWE, Europe's largest source of radiation to their goal of becoming fully climate neutral by 2050 and 2040 years, respectively.

the Initiative follows the announcement in Germany about the allocation of 9 billion Euro investments to expand hydrogen capacity in the country and abroad in the framework of a national strategy to make the country a key supplier of technology throughout the world.