Germany's GDP will grow by 3.7 percent, partly offsetting the nearly 5 percent drop in 2020, analysts at the IWH predict. 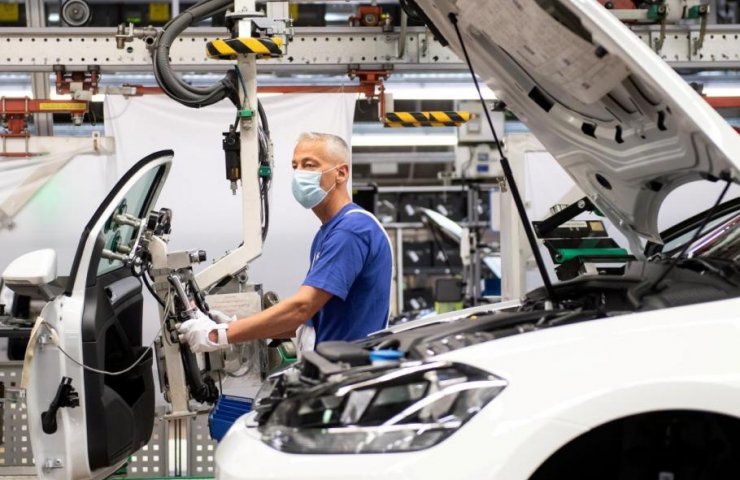 The German economy will begin a notable recovery this year. The country's GDP will grow by 3.7 percent, according to the forecast of the Institute for Economic Research (IWH) in Halle, released on Thursday, March 11.

In the first quarter of 2021, economic indicators will continue to fall due to the lockdown, but economists expect a gradual lifting of restrictions soon.

“The strong recovery in demand is supported by the fact that household disposable income has generally remained stable, thanks in part to government support measures,” said IWH Vice President Oliver Holtemöller.

In 2022, economic growth in Germany will continue, experts of the institute believe. The IWH predicts another 3.6 percent next year.

After falling GDP by 4.9 percent in 2020, experts are quite optimistic about the speed of recovery of the German economy. Thus, the Federal Association of German Industry (BDI) in January presented a forecast for GDP growth of Germany by 3.5 percent.

The Council of Economic Experts under the German government at the beginning of the year also proceeded from an indicator of 3.7 percent. Although in connection with the continuing lockdown, the Council of the Wise announced at the end of February about a possible downward adjustment of the forecast, possibly even below 3 percent.

Recommended:
Metinvest to raise wages for workers in Ukraine from May 1
Russia will respond to the European Green Deal by creating a "back-up system" of trade rules
Uzbek metallurgists were satisfied with the progress of the order at NKMZ
On this topic
Post-pandemic global economy: UN calls for global consolidation
The UK economy is shrinking at the fastest pace since the financial crisis
Moody's downgraded the forecast for global GDP growth in 2020 and 2021
The Ministry of Economy of Ukraine has adjusted the macro forecast for 2020-2022
Prospects for the development of the economy and steel market in the EU in 2019-2020
EUROFER: EU Steel Market in 2019. Overview and perspectives
Add a comment
Сomments (0)
News Analytics
Ukraine and the United States are deepening cooperation in the trade and20-04-2021, 20:46
Nikopol pipe plant "Centravis" is approved as a supplier of the Chinese20-04-2021, 20:10
The capacity of the domestic steel market in Ukraine in January-March decreased19-04-2021, 10:33
In Russia, there is an exuberant demand for agricultural machinery19-04-2021, 10:24
Iran is satisfied with the reaction of the world community to 60% enrichment of18-04-2021, 13:24
World Steel Association predicts a good year for metallurgists15-04-2021, 18:19
World Steel Association defines green steel and its variations12-04-2021, 13:14
China unlikely to cut steel capacity in 2021 due to high steel prices07-04-2021, 12:11
Scrap metal market at the beginning of April02-04-2021, 11:10
Rising Chinese Prices Fueled Rising Global Steel Prices - MEPS25-03-2021, 18:54
Sign in with: