Events in Kazakhstan wreak havoc not only on commodity markets, but also threaten global cryptocurrency mining

Possessing one of the cheapest energy resources in the world, Kazakhstan is the world's second largest supplier of cryptocurrency to the global electronic finance market. 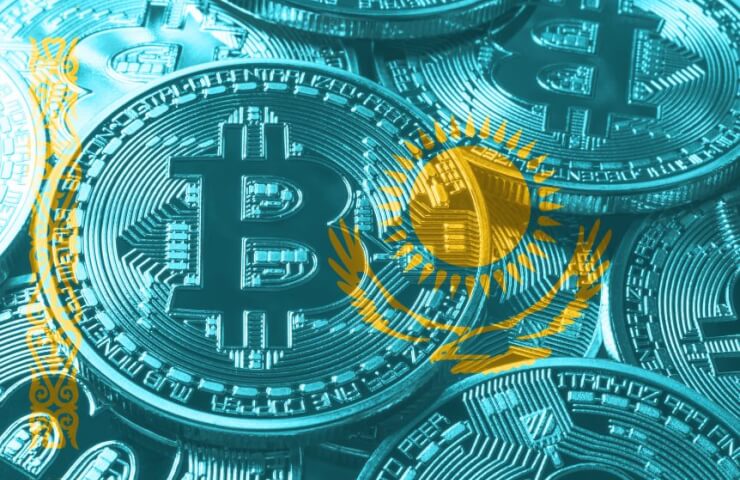 Several days have passed since thousands of protesters took to the streets of Kazakhstan, outraged by the rise in prices for liquefied gas. The first thing the authorities of the republic did was turn off the Internet, which, according to the NetBlocks service, lasts more than 80 hours. Nationwide disruptions continue as of Sunday morning, with nationwide connectivity just 5% below normal on the morning of the 9th.

⚠️ Update: It 's Sunday morning in # Kazakhstan where internet has now been cut for some 80 hours. News from the country is scarce as President Tokayev orders troops to fire at "terrorists " without warning amid ongoing anti-government protests. ? Report: https://t.co/Op5GwzXKbh pic.twitter.com/YKkqDGsyFf

Among the sectors hit hardest was bitcoin mining, a booming industry in a unrest-ridden Central Asian country.

Larry Cermak, VP of Research at The Block, tweeted that a few hours after the internet went offline on Tuesday night, bitcoin's hash rate dropped 12%. Hashrate is a key indicator of how much processing power is required to maintain the network and create new bitcoins.

“The internet outage likely prevented miners from accessing the bitcoin network, resulting in an immediate and dramatic drop in the global network,” said John Warren, CEO of GEM Mining, a bitcoin mining firm.

According to Mohamed Elkastavi, co-founder of Tribal Credit, a cryptocurrency-focused enterprise payment platform, Kazakhstan's appeal to bitcoin miners has a lot to do with the country's affordable energy supply thanks to its abundance of coal-fired power.

“This is a significant advantage for miners who compete in a marginal industry where energy is their highest cost,” Elkastavi told Insider.

Bitcoin fell to a three-month low on Friday, losing 12% in three days. While the drop in hash rate is not directly related to the price of the asset, the internet outage affected bitcoin's ability to recreate itself through mining. Marcus Sotiriou, an analyst with digital asset broker GlobalBlock, called the downturn a “short-term nightmare.”

Other cryptocurrencies have also traded lower. Ethereum, the second largest token, fell more than 9%. Solana fell by about 7% and Binance fell by about 4%.

In the future, it remains to be seen what bitcoin miners will do if the situation in Kazakhstan does not change. According to Alan Konevski, chief attorney at PrimeBlock Ventures, a digital asset investment firm, Bitcoin miners in the US will have an indirect positive impact.

“First, less hash power on the network means more opportunities for miners in North America to increase their stake in the network,” Konevsky told Insider. “Secondly, mining companies are being set up in countries like Kazakhstan, because the cost of electricity is much lower than in North America. If mining in these countries becomes completely impossible, we may see miners move to other regions rather than shutting down. ”

Let us remind you that in addition to hitting digital assets, in the midst of the riots, sharply some commodities have risen in price . Uranium and crude oil prices, in particular, rose on fears of production cuts in Kazakhstan.

Kazakhstan is the world's largest supplier of uranium, widely used by nuclear power plants, while the republic accounts for about 40% of the world's total nuclear fuel production. According to S&P Platts, uranium prices jumped by about 8% on Wednesday and climbed another 5% by Friday.

Brent crude futures also rose about 6% this week after production at Tengiz, Kazakhstan's largest oil field, was cut on Thursday due to a rail disruption. According to Reuters, the country is a major oil producer, producing 1.6 million barrels per day.

Exchange Committee at the Agency

Финансовая аналитика, прогнозы цен на сталь, железную руду, уголь и другие сырьевые товары. More news and analytics on Metallurgprom telegram channel - subscribe to get up-to-date market information and price forecasts faster than others.
Сomments
Add a comment
Сomments (0)
On this topic
How the US became the world's largest Bitcoin mining hub
Copper smelters stopped in Kazakhstan: how can this affect the world economy?
Riots in Kazakhstan did not affect the Baikonur cosmodrome
German police unlocked the coal mines in the East
The Ukraine-EU summit may be postponed again - the head of the European Commission went into
EU leaders approve plan to cut greenhouse gas emissions by 55% by 2030
Recommended:
Metinvest enterprises in Ukraine resumed work after massive shelling of infrastructure
Ukraine and the United States announced cooperation in the field of small modular nuclear reactors
ArcelorMittal Kryvyi Rih suspends production due to shelling of energy infrastructure
News Analytics
China's iron ore output to rise in 2023 as new projects are launched30-11-2022, 18:10
"Centravis" agreed to supply a new batch of seamless pipes to a30-11-2022, 16:51
Metinvest enterprises in Ukraine resumed work after massive shelling of29-11-2022, 11:59
The European Council added the violation of restrictive measures (sanctions) to28-11-2022, 14:22
The abolition of export duty in India may reduce the price of Turkish steel28-11-2022, 14:07
Commodity prices will fall, metals quotes will rise slightly - Focus Economics28-11-2022, 13:28
Platinum market to face shortage next year - WPIC22-11-2022, 18:25
Global steel demand falls and will fall by 2.3% in 2022: WorldSteel19-10-2022, 23:12
Iron ore prices fall to 11-month low15-10-2022, 10:36
China production cuts in winter will give limited boost to steel markets -15-09-2022, 10:09
Sign in with: