Volkswagen starts new round of job cuts in Germany - Handelsblatt

This time, both the previously tested mechanisms of accelerated retirement and voluntary dismissal, and innovative mechanisms for reducing the number of the concern will be applied. 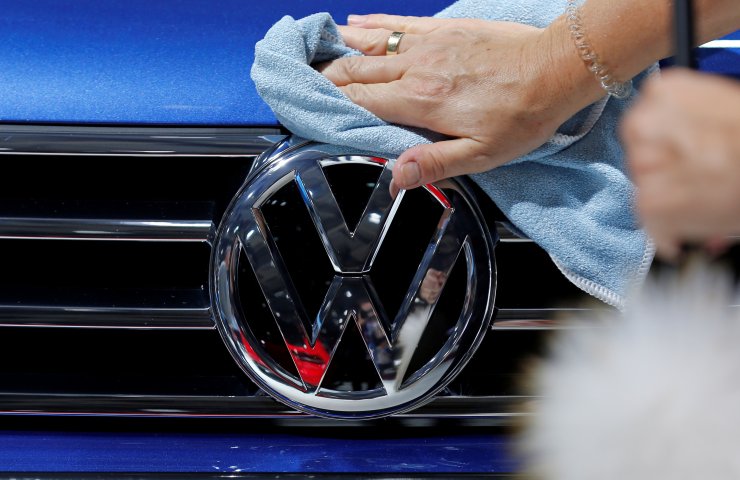 The largest German carmaker decided to cut its staff in Germany by at least 5000 people, writes Handelsblatt on Sunday citing corporate sources .

Volkswagen currently has an active core workforce of around 107,000 in Germany (excluding interns and students).

Employees will be laid off under the accelerated retirement program and as part of voluntary layoffs with compensation.

At the Wolfsburg plant, the car company expects nearly 3,000 Volkswagen employees born in 1964 to take advantage of the new retirement offer this year.

"Volkswagen expects more than € 300 million to be spent on pensions and wage subsidies," Handelsblatt is quoted as saying as a manager of the automotive group.

This year Volkswagen wants to save money not only through additional job cuts. To reduce costs, the hiring moratorium, which previously only existed in the first quarter, will be extended for the entire year.

In addition, Volkswagen wants to test a new reduction tool this year: vacancies that have not been filled for a long time should be permanently removed from the talent plan and thus provide long-term savings. There are about 5000 such vacancies in the concern today.

In order to fill critical vacancies for the group with new specialists, this year the budget for employee training will be increased by 40 million euros.

Investors continue to question whether Volkswagen's drive for savings is actually being implemented properly. Since 2017, the Wolfsburg-based group has launched two major austerity programs (the Future Pact and the Digital Transformation Roadmap).

In Germany, this has already led to the reduction of 27,000 jobs.

“But nothing has happened since then,” said Arndt Ellinghorst, an automotive analyst at US investment firm Bernstein. The ratio of personnel costs for the entire group remains unchanged and amounts to 17% of sales.

Volkswagen has not yet commented on specific amounts to be saved in the group with the new fixed cost program. Ellinghorst estimates that total fixed costs are around 80 billion euros, of which the company needs to save four billion over three years.

Recommended:
The head of the Suez Canal Authority announced the arrest of the container ship Ever Given
Onshore section of Nord Stream 2 launched in Germany - Deutsche Welle
State Enterprise "Ukrhimtransammiak" exceeded the plan for the transit transportation of ammonia by 17.8%
On this topic
Chip shortage reduced Volkswagen car production by 100,000
German airline Lufthansa plans to cut 22 000 jobs
ACEA: the pandemic has hit one million jobs in the automotive industry EU
In Germany from January 1, will increase consumer electricity prices
Is the German auto industry preparing for a collapse?
Lawyers cash in on Volkswagen's dieselgate for € 1.77 billion
Add a comment
Сomments (0)
News Analytics
The capacity of the domestic steel market in Ukraine in January-March decreased19-04-2021, 10:33
In Russia, there is an exuberant demand for agricultural machinery19-04-2021, 10:24
Iran is satisfied with the reaction of the world community to 60% enrichment of18-04-2021, 13:24
Gas prices in Ukraine have reached a record value over the past two years -16-04-2021, 17:24
Ukrmetallurgprom asks the Antimonopoly Committee to allow Metinvest to bid for16-04-2021, 17:23
World Steel Association predicts a good year for metallurgists15-04-2021, 18:19
World Steel Association defines green steel and its variations12-04-2021, 13:14
China unlikely to cut steel capacity in 2021 due to high steel prices07-04-2021, 12:11
Scrap metal market at the beginning of April02-04-2021, 11:10
Rising Chinese Prices Fueled Rising Global Steel Prices - MEPS25-03-2021, 18:54
Sign in with: