Is the German auto industry preparing for a collapse?

The crisis in the global automotive industry begins to expand to Europe, the manufacturers of which will declare a deterioration in prospects and scale up investment programs. 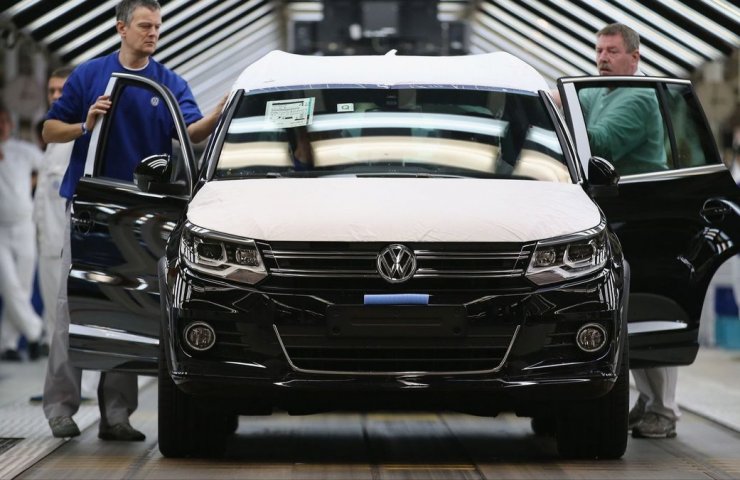 In the automotive industry in Germany, after almost a decade of boom, a recession began. There are many indications that it can be quite serious and lengthy. After all, the problems that the automakers BMW, Daimler and Volkswagen are now experiencing with their "daughters " Audi and Porsche, as well as the German factories Ford and Opel, which are in foreign ownership, are in many ways characteristic of the entire global automotive industry.

One of the most accurate predictive indicators of the state of affairs in the automotive industry is the order book of component suppliers. The industry has a long production cycle, purchases of units and parts are planned long before the release of the final product - the car itself. And if now component manufacturers are complaining with one voice about the lack of orders, then the automakers have hit the brakes.

“At first, we went out to reduce car production by 3 percent. Now we are expecting a minus of 4.5 percent, "Stefan Asenkerschbaumer, deputy general director of the world's largest automotive components manufacturer, Bosch, told the German business newspaper Handelsblatt.

“With the shrinking automotive markets we are significantly behind the plan,” said Wolf-Henning Schneider, head of other parts market leader ZF Friedrichshafen.

The deceleration of the global automotive industry has hit hard on the world's largest chemical concern BASF. It has factories in Germany, the USA, China, and everywhere their major customers are car manufacturers, who order, for example, paints. On July 8, the German giant reported a sharp, almost half-cut, operating profit in the second quarter, prompting it to significantly cut its financial outlook for the full year of 2019.

Sales of cars are decreasing more slowly than production

BASF cited a significant slowdown in the growth rate of global industrial production as the reason - and primarily pointed to the auto industry.

“The slowdown in growth in the global automotive industry was particularly strong, with global production declining by about 6 percent in the first half of the year. In China, the largest automotive market in the world, the reduction was more than two times more and amounted to about 13 percent, "the concern said in an official statement.

Judging by how the German component manufacturers' order portfolios are losing weight, in the second half of the year, production volumes in the industry may decrease even more. Business publication Handelsblatt does not even exclude a landslide fall. We are talking specifically about the production, but not about the sale of cars. The latter still more or less held out, including because dealers were selling off stocks at discounts. For example, in China, where strict emission regulations for new car registrations came into force on July 1.

However, sales of some car manufacturers have already dropped. Thus, the French PSA group, which owns the brands Peugeot and Citroen, as well as the German company Opel, sold 12.8 percent less in the first six months than in the same period last year. Its French rival Renault saw global sales fall 6.7 percent.

Against this background, the gross results of German companies for the first half of the year do not look so bad. Daimler sold around 1.2 million Mercedes-Benz passenger cars worldwide, down 4.7 percent from last year, Volkswagen sales fell 2.8 percent, and BMW even rose 0.8 percent ... As a result, the Bavarian automaker managed to sell more than 1.25 million vehicles in the first six months of the year for the first time in the company's history.

However, it is not gross, but financial indicators that are decisive. Volkswagen will provide half-year data and new forecasts on July 25. The BMW concern, whose chairman, 53-year-old Harald Krüger, unexpectedly announced his upcoming dismissal in early July, has announced a detailed report for August 1. And here, perhaps, unpleasant surprises are brewing.

Indeed, on July 12, Daimler, in the words of dpa agency, "shocked the industry " with the message that in the second quarter, instead of operating profit, it would receive a loss of 1.6 billion euros, as well as a warning that by the end of 2019, the result would be "significantly lower " last year.

Thus, one of the world leaders in the high-yielding premium segment is rapidly deteriorating financial indicators, because this was the second decline in Daimler's annual forecast in three weeks. True, part of the financial problems of the concern are associated with a specific German story - fraud with diesel exhaust emissions.

Profitability of auto construction falls at the most inopportune moment

According to Daimler's forecast, the profit margin on the sale of Mercedes cars will no longer be