The automaker wants to save the legendary sports car from global climate madness by converting its internal combustion engine to biofuel. 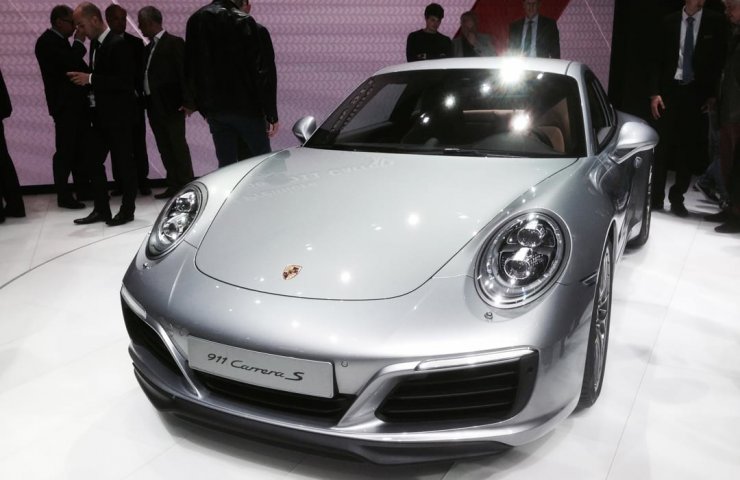 The CEO of the German automaker Porsche has announced plans to significantly increase the share of electric vehicles in its range.

“By the end of the decade, more than 80 percent of our sports cars will be electric - hybrid or all-electric,” said Oliver Bloom.

In the end, only the legendary Porsche 911 will have an internal combustion engine. But even they will run not on oil, but on synthetic fuel.

The head of the company said that Porsche intends to invest in electromobility a total of 15 billion euros over the next five years.

Despite the coronavirus pandemic, Porsche increased its share of electric vehicles by 60 percent last year. More than 30,000 examples of the Taycan, Porsche's first fully electric model, could be produced in 2021.

In addition to electrification, Porsche also wants to promote the use of synthetic fuels in the coming years. The aim is to create a survival perspective for the Porsche 911 sports car icon - even with a future ban on internal combustion engines.

How are we previously reported all car makers will be switching to electric cars in the coming years and the main reason for this transition will be economic expediency, not concern for the climate.

Recommended:
The growth of foreign exchange earnings from steel exports from Ukraine in four months amounted to 38.6%
Denmark buys 100 electric trains from French Alstom for $ 3.2 billion
Scheduled repair of a mixer with a capacity of 2.5 thousand tons started at DMK
On this topic
Ford explained why soon all cars will be electric purely economic calculations
Kiay cuts subsidies to electric vehicle manufacturers
In Europe, sales of electric vehicles overtake sales of cars with diesel engines for the first time
The future of electric vehicles is being shaped in China
General Motors and Volkswagen go all-in on electric vehicles
Honda's hybrid technology will bring India's EV future closer
Add a comment
Сomments (0)
News Analytics
China's Non-Ferrous Metals Sector Records High First Quarter Profits08-05-2021, 15:43
Copper price rises to a record high08-05-2021, 10:17
Dneprotyazhmash manufactures technological equipment for DMK07-05-2021, 10:07
The National Bank of Ukraine will sell 46 tons of scrap metal from obsolete07-05-2021, 10:10
Dnieper Metallurgical Plant DCH Steel in April reduced steel production by 2.8%07-05-2021, 09:18
The current state of the market is ideal for the sale of rolled steel - IREPAS04-05-2021, 18:41
Global hydrogen demand to grow 7-fold by 2070 - PwC21-04-2021, 12:31
World Steel Association predicts a good year for metallurgists15-04-2021, 18:19
World Steel Association defines green steel and its variations12-04-2021, 13:14
China unlikely to cut steel capacity in 2021 due to high steel prices07-04-2021, 12:11
Sign in with: