According to European officials, the five automakers have entered into an illegal conspiracy to limit competition in diesel emissions cleaning technologies. 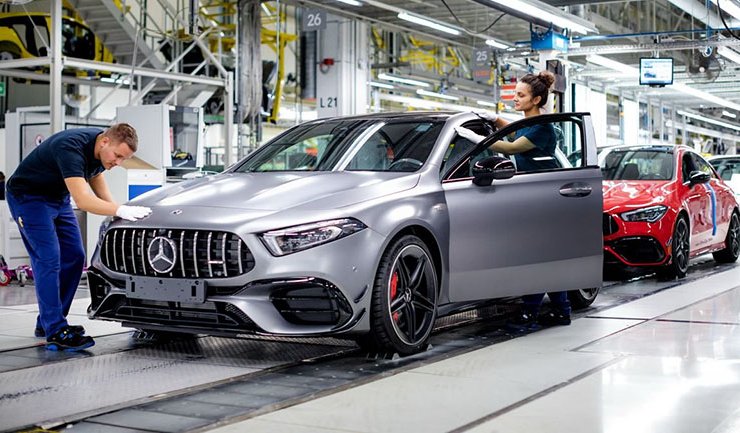 Today, the European Commission decided to fine five car manufacturers - Daimler, BMW, as well as Volkswagen, Audi and Porsche, which are part of the Volkswagen concern for 875 million euros.

According to the commission, these car manufacturers have conspired illegally to restrict competition in diesel vehicle emissions cleaning technologies.

This is the first decision of the regulator of its kind, in which cooperation on technical issues, as opposed to price fixing or market division, is recognized as cartel behavior.

All companies admitted their involvement in the cartel and agreed to settle the case.

I handed over the entire scheme to Daimler, who informed the European Commission about the existence of the cartel and therefore received full immunity from fines.

For more than five years, car manufacturers have deliberately avoided competition in the field of exhaust gas treatment, despite the availability of appropriate technologies.

European laws establish minimum cleaning standards that all manufacturers must comply with. But this still leaves producers with enough room to compete to do more than is required, the European Commission concluded.

Финансовая аналитика, прогнозы цен на сталь, железную руду, уголь и другие сырьевые товары. More news and analytics on Metallurgprom telegram channel - subscribe to get up-to-date market information and price forecasts faster than others.
Сomments
Add a comment
Сomments (0)
On this topic
Is the German auto industry preparing for a collapse?
BMW, Volkswagen and Daimler was fined for a cartel in the market of steel
Germany was fined hundreds of millions of euros metallurgical companies in cartel
All Porsche cars will soon be electric except the Porsche 911 - Oliver Bloom
European Union scrap collectors worried about possible export restrictions
Young Germans dream of working in the automotive industry
Recommended:
UK unions cancel all planned strikes after Queen's death
The destruction of the dam of the Kyiv hydroelectric complex will not be a disaster - Ukrhydroenergo
China's leading industrial profits fall 2.1% in first 8 months
News Analytics
EBRD downgrades Ukrainian economic growth forecast for 2023 from 25% to 8%28-09-2022, 13:57
EU plans additional sanctions against Russian metallurgy27-09-2022, 10:34
The European Commission has approved 5.2 billion euros of state support for27-09-2022, 10:43
China's leading industrial profits fall 2.1% in first 8 months27-09-2022, 10:20
Moody's changed the outlook for the global mining industry to26-09-2022, 19:04
China production cuts in winter will give limited boost to steel markets -15-09-2022, 10:09
Steel prices may rise as manufacturers stop production11-09-2022, 14:06
IREPAS: The global long products market is in a "dramatic situation"10-09-2022, 20:49
Steel prices are unlikely to rise significantly in the near future - analysts02-09-2022, 22:58
Steel prices may move up on new data from China31-08-2022, 12:19
Sign in with: