The reason for this decision may be the violation of Nokia's patents on mobile technologies by the German automaker. 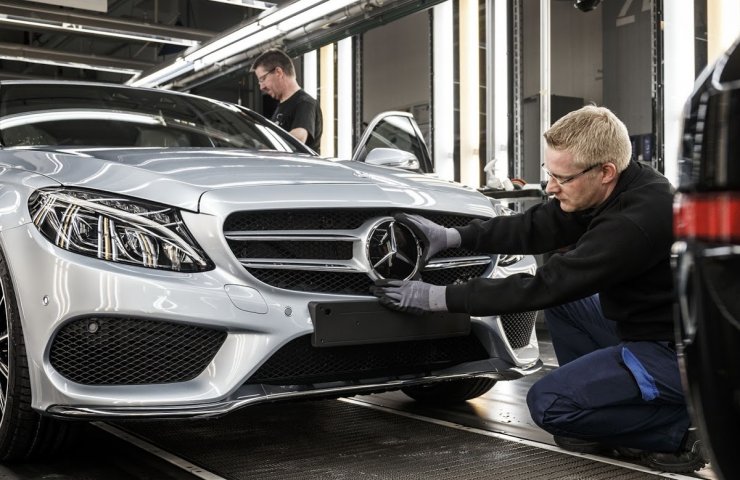 The German court ruling will allow Nokia to seek a ban on the sale of Mercedes vehicles in Germany after the Finnish company pays a bail of seven billion euros in a separate production.

A Daimler spokesman said the company will appeal the court decision. He called the prospect of a ban on sales unlikely.

“We hope that now Daimler will accept its obligations and receive a license on fair terms,” she said.

Nokia has also filed lawsuits against Daimler in the courts of Munich and Dusseldorf. Daimler, for its part, has filed a claim to annul Nokia patents in a separate court.

European automakers depend on technology to enable cars to connect to the internet. Nokia is committed to charging Daimler per vehicle. Daimler thinks the fees would be too high in this case, and is insisting that Nokia license the technology to equipment suppliers who will then charge the German automaker.

Suppliers, including Continental and Robert Bosch, agree with this approach and support Daimler in litigation.

Nokia, for its part, notes that its proposed licensed model has been adopted by other German automakers, including BMW and Volkswagen.

This case is not just being watched closely by the automotive industry as it could have implications for the Internet of Things as mobile communications are becoming more important in almost all products and industries.

Recommended:
Gold is still perceived as a safe haven amid the pandemic
Tesla plans to export China-made Model 3s to Asia and Europe
Smart Maritime Group launched 4 tanker for the Dutch VEKA Group
On this topic
Nokia started to mass layoffs in France
Daimler cut its net profit by 2.8 times in 2019, completed the fourth quarter with a loss
In Germany banned Uber taxi
A new lawsuit for "Gazprom": what does "Naftogaz" in the Stockholm arbitration?
Mitsubishi-Hitachi Metals Machinery acquires Siemens stake in Primetals Technologies
Is the German auto industry preparing for a collapse?
Add a comment
Сomments (0)
News Analytics
Indian state steel company to sell non-core assets19-09-2020, 18:50
Largest US steel company to lose $ 100 million in Q319-09-2020, 18:50
UN experts believe that the worst-case scenario for the Ukrainian economy can19-09-2020, 18:47
KZhRK miners' strike threatens with loss of sales markets without prospects of16-09-2020, 21:51
Privatization of the alcohol industry has started in Ukraine16-09-2020, 14:56
Iron ore prices to surpass six-year high soon16-09-2020, 10:32
World Oil Demand Peak May Be Over - BP15-09-2020, 09:05
China expands car market capacity by increasing demand for steel and metals11-09-2020, 10:56
Prices continue to rise in the long and flat steel markets08-09-2020, 14:25
Difference between ferrous and non-ferrous metal28-08-2020, 13:45
Sign in with: