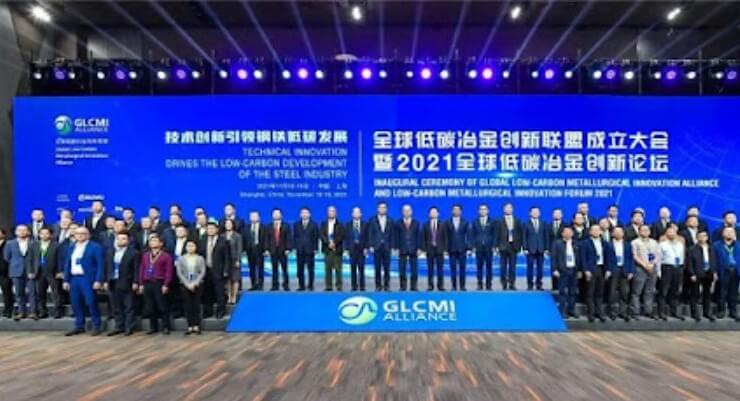 China Baowu Steel Group, the world's largest steel producer, has formed an alliance with global industrial partners in a joint effort to develop low-carbon steel production and reduce emissions in the steel sector, according to a report from Baowu, which coincided with the alliance's announcement at the Shanghai opening ceremony.

As the steel industry has become the main source of carbon dioxide emissions and energy consumption in China in recent years, the industry's low-carbon transition is essential to meet China's carbon reduction goals. It is generally believed that eliminating fossil fuel subsidies is an effective way to reduce energy-related CO2 emissions, as it can raise energy prices and reduce energy consumption.

Known as the Global Low Carbon Metallurgy Innovation Alliance (GLCMI Alliance), it has 62 members, including industry, universities and research institutes from 15 countries, according to the post. Among them are the world's leading steel producers, including ArcelorMittal and ThyssenKrupp, about 20 Chinese steel companies, the world's largest mining companies such as BHP and others.

Финансовая аналитика, прогнозы цен на сталь, железную руду, уголь и другие сырьевые товары. More news and analytics on Metallurgprom telegram channel - subscribe to get up-to-date market information and price forecasts faster than others.
Сomments
Add a comment
Сomments (0)
On this topic
CDP: steel industry will not be able to reduce CO2 emissions
China's largest steel producer to become even larger and number one in the world in terms of
The largest metallurgical company of China Baowu may have become the world's largest
How the reform of the electricity market in Ukraine can lead to a collapse and what to do about it
For the first time in the history of Toyota bought Chinese steel for their cars
Korean auto makers will switch to hydrogen engines with help from Chinese steelmakers
Recommended:
Zaporizhstal reported on the first thousand tons of iron and steel smelted in April
China has sharply increased the export of excavators by reducing supplies to the domestic market
Azovstal is not planned to be restored, and Mariupol will become a resort town - the head of the DPR
News Analytics
The largest producer of titanium raw materials in Ukraine OGCC will sell25-05-2022, 20:48
Glencore accused of bribery in London pleads guilty in the US25-05-2022, 10:44
Swiss oil and gas equipment manufacturer Sulzer leaves Russia24-05-2022, 13:08
BIR: European Commission's decision on scrap metal will be the most tragic24-05-2022, 11:41
Rejection of Russian palladium destroys markets24-05-2022, 11:41
US steel market sentiment becomes more price neutral05-05-2022, 10:15
The global high-strength steel market will grow steadily by 5% annually for the04-05-2022, 08:45
China steel inventories hit 13-month high amid COVID-19 outbreak30-04-2022, 16:38
Slowdown in global auto sector affects steel prices27-04-2022, 12:36
World alumina production reaches a record 138 million tons21-04-2022, 09:54
Sign in with: