The truce does not apply to aluminum imports, which are still subject to a 10% duty 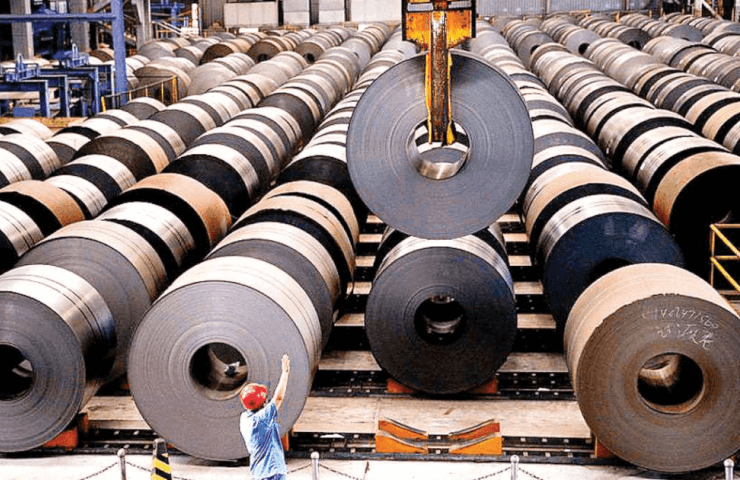 The US and Japan are set to announce an agreement that would eliminate tariffs on Japanese steel under former President Donald Trump, Bloomberg reports.

Washington will suspend the 25 percent levy on steel imports from Japan up to a certain threshold, with anything above that still subject to surcharges, according to people who declined to be named because the details are confidential. The decision reflects an agreement the US reached with the European Union in October that ended $10 billion in punitive measures against each other's goods.

The truce does not apply to aluminum imports, which are still subject to a 10 percent duty, the sources say. According to the Department of Commerce, Japan is the fifth largest source of steel in the US.

Japan is the fifth largest metal exporter to the US.

A spokesperson for the US Trade Representative's office declined to comment. The Ministry of Commerce and the Japanese Embassy in Washington did not immediately respond to requests for comment.

The metals controversy began in 2018 when Trump imposed tariffs on steel and aluminum from the European Union, Asia and elsewhere, citing national security risks. The EU subsequently retaliated by targeting products such as Harley-Davidson Inc. motorcycles, Levi Strauss & Co. jeans. and whiskey.

The US offered Japan to settle the dispute in December, but Tokyo insisted on a better deal and wanted the tariffs completely eliminated, an official with knowledge of the negotiations said at the time.

According to experts, Washington's offer to Japan was similar to a deal with the EU in the sense that a certain amount of steel and aluminum - based on historical averages - would be allowed to enter the US duty-free.

In terms of volume, Japan only accounts for about 4% of all steel imported into the US, and the 1.1 million tons of imports that the International Trade Administration estimates came from the country in 2019 account for about 1% of the total. metal consumed in the USA.

Nevertheless, this is another domino for the allied countries that have received exemption from duty-free shipping of steel to the US market. This is something that worries domestic steelmakers because they claim it creates a slippery slope that opens the door for those countries that have exemptions to increase their exports.

U.S. steelmakers are also warning that freed countries could act as transit points for metal coming from unscrupulous players like China. They are concerned that Europe, which recently received an exemption, and Japan may unknowingly import the metal from restricted countries and then export it to the US, flooding the market. The agreement with Japan will be different from the EU agreement.

The US and EU are trying to turn their October deal into a broader global deal that would penalize countries that fail to meet low-carbon steel and aluminum export requirements, allowing traditional allies to focus on China, which they blame on flooding the market with cheap exports .