Board of Directors Ferrexpo has postponed its decision on the final ordinary and special dividend to the time when the situation on the market and the impact of the virus COVID-19 will become more clear. 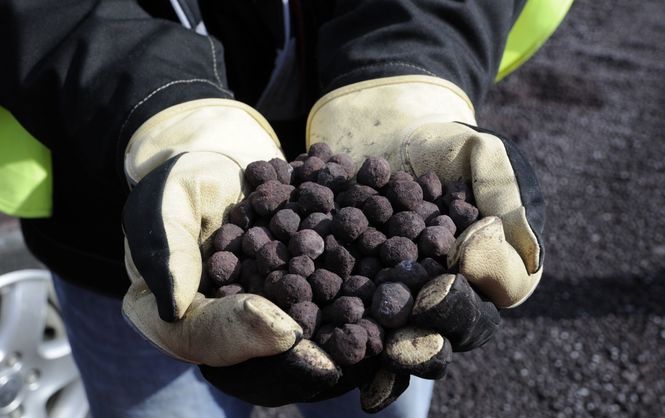 Mining company Ferrexpo with assets in Ukraine announced it expects short-term volatility in the iron ore market, since the high levels of reserves are accumulated during this period will be in the supply chain after the resumption of normal operation.

According to the company, the spread of the virus in Europe may lead to further economic uncertainty.

"Given this General market uncertainty, the Council postponed its decision on the final ordinary and special dividend until the proper time, when the situation on the market and the impact of the virus COVID-19 will become more clear", - is spoken in the message of Ferrexpo.

EBITDA increased by 17% to 586 million US dollars. The company increased net cash flow from operations by 62% to 473 million dollars. Capex increased by 83% to $ 247 million.

In the January - February 2020 and Poltava Ferrexpo yeristovo mining complexes (PGOK and EGOK) of the company, according to preliminary data, increased production of pellets by 13.7% compared to the same period last year - up to 1,924 million tons.

Ferrexpo is a Swiss iron ore company with assets in Ukraine. The main activity is the manufacture and export of high quality iron ore pellets used in steel production.

Recommended:
The State Environmental Inspection will check "ArcelorMittal Kryvyi Rih" regarding the construction of a tailing dump
The Ukrainian government will close two coal mines in Donetsk and Lviv regions
The Association of the Extractive Industries of Ukraine declared injustice in the bill
On this topic
The court blocked operations Ferrexpo Poltava Mining
Ferrexpo Konstantin Zhevago will pay specailizing in the amount of 6.6 USD on share
World steel production in November decreased by the percentage
Interpipe has improved its financial results due to growth in demand for railway products
World steel production in September fell by 0.3%
The price bubble in the ore market will soon deflate quickly
Add a comment
Сomments (0)
News Analytics
India Offers Tesla Big Incentives To Build An Electric Vehicle Factory03-03-2021, 21:55
Ferrexpo raises pellet production by 7% in January03-03-2021, 20:15
UK Raises Tax Rates for Large Businesses to 25%03-03-2021, 18:09
Entrepreneurs agree with Ukrzaliznytsya an action plan to continue modernization03-03-2021, 17:31
Scrap metal collection in Ukraine increased by one and a half times due to high03-03-2021, 16:02
Spread between raw materials and high strength alloy steel in Europe increased01-03-2021, 20:21
Increase in prices is forecasted in the markets of steel raw materials -26-02-2021, 09:25
Troy ounce of gold will drop $ 500 in two years - Fitch25-02-2021, 18:29
Global iron ore production growth to outstrip cumulative production in India23-02-2021, 10:22
Fitch Ratings Warns of “Shocking Impact” on Fossil Fuel Exporters18-02-2021, 14:44
Sign in with: