Ferrexpo has achieved removal of arrest from shares of Poltava GOK

January 31, 2020 Ferrexpo announced that the Ukrainian court established a limitation on transactions with 50.3 per cent stake in Ferrexpo Poltava Mining (FPM), owned by Ferrexpo AG Switzerland, the only shareholder of the FPM. 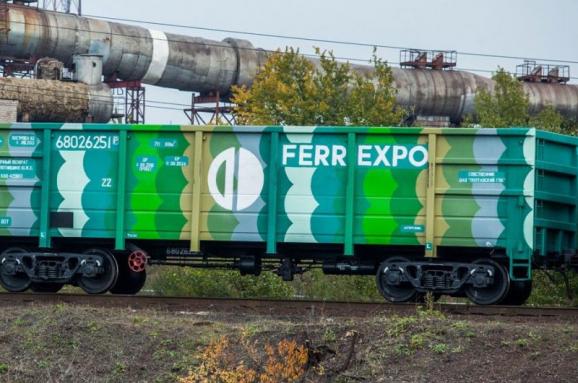 the Appeal court of Kiev has removed restrictions from 50.3% stake in Ferrexpo Poltava Mining (FPM), established in January on the case of former people's Deputy of Ukraine Konstantin Zhevago and the Bank "Finance and Credit".

"the court of Appeal of Kiev completely satisfied appeal of Ferrexpo AG. This means that the restriction covering 50.3 per cent stake in Ferrexpo Poltava Mining, was repealed. The decision of the Kyiv court of appeal is the Supreme court decision in this matter, and, as such, it is the final stage of the appeals process," - said the press service of Ferrexpo.

the Swiss subsidiary of Ferrexpo AG Switzerland filed an appeal against the decision of the court. According to the company, a temporary restriction related to the issues concerning the former General Director Konstantin Zhevago and divisions of the Bank "Finance and credit", which he owned until 2015.

In 2015 Zhevago, who at that time was the owner of the Bank "Finance and Credit", concluded with the National Bank of Ukraine (NBU) contract of guarantee on repayment of refinancing loans in several loan agreements, taking care of personal obligations to repay the debt financial institutions.

In December 2015, the NBU has applied to the court to recover the debt in court. 17 September 2015 the NBU has adopted a decision on the classification of Bank "Finance and Credit" in the category of the insolvent. At the time of this decision, the shareholder of the Bank was Konstantin Zhevago, who indirectly owned shares in 97,67% of the shares.

Group Ferrexpo is the largest producer and exporter of pellets among countries b. Of the Soviet Union. In 2017, the company produced 10.4 million tons of iron ore pellets. The main customers are steel mills from Austria, Germany, Japan, South Korea, Taiwan, China, Slovakia, Czech Republic, Turkey, Vietnam and the United States.

Shares Ferrexpo is listed on the main market of the London stock exchange.

Финансовая аналитика, прогнозы цен на сталь, железную руду, уголь и другие сырьевые товары. More news and analytics on Metallurgprom telegram channel - subscribe to get up-to-date market information and price forecasts faster than others.
Сomments
Add a comment
Сomments (0)
On this topic
District court of Kyiv imposed a new restriction for 50.3% of Ferrexpo Poltava Mining
The court blocked operations Ferrexpo Poltava Mining
Ferrexpo has achieved the removal of restrictions on operations with shares of Poltava GOK
Kiev Court of Appeal froze operations with shares of Ferrexpo Poltava Mining
The Board of Directors of Ferrexpo has announced the payment of interim dividend for the year 2020
A Ukrainian court allowed the arrest of Konstantin Zhevago, the owner of Ferrexpo
Recommended:
Tata Steel: Great Britain will need more than 10 million tons of steel to gain energy independence
Dneprovsky Metallurgical Plant continues to operate rolling shops using tolling raw materials
British scientists have found a way to cut CO2 emissions from steel production by 90%
News Analytics
War in Ukraine to accelerate world economy transition to clean energy - BP30-01-2023, 11:49
ArcelorMittal invests $120m in US green steel company30-01-2023, 11:11
The United States refused to comply with the decision of the WTO on tariffs on29-01-2023, 20:08
China remains the world leader in shipbuilding with a 50% share of new shipyard29-01-2023, 12:35
Prices for metal products in Ukraine increased by 26% last year29-01-2023, 12:06
S&P: Russia will continue to dominate the steel export market in the Black05-01-2023, 11:22
Fitch Analysts Predict Big Drop in Global Steel Consumption This Year14-12-2022, 13:59
Analysts predict 5% annual growth in the iron casting market through 203006-12-2022, 12:44
Commodity prices will fall, metals quotes will rise slightly - Focus Economics28-11-2022, 13:28
Platinum market to face shortage next year - WPIC22-11-2022, 18:25
Sign in with: