District court of Kyiv imposed a new restriction for 50.3% of Ferrexpo Poltava Mining

In Ferrexpo previously believed that the decision of the Kyiv court of appeal is the Supreme court decision in this case and the new restrictions will not. 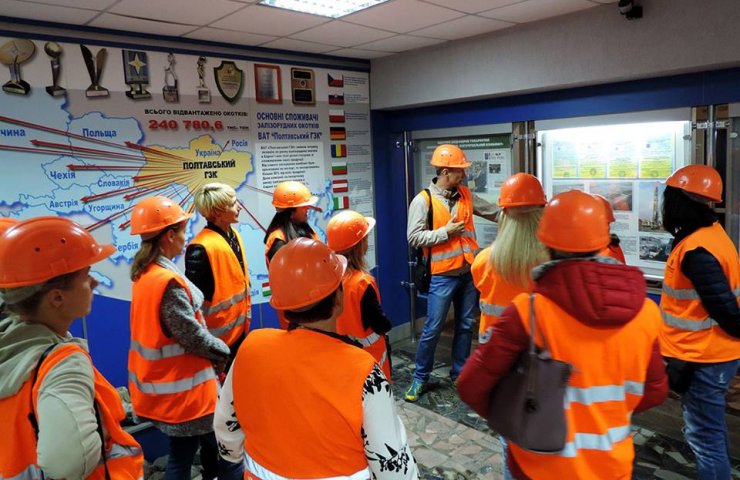 "Ferrexpo AG will appeal the decision of the court in the near future", - stated in message company.

New court ruling similar to a court ruling received by the group on 31 January 2020, which was subsequently reversed by the Appeals court of Kyiv on 2 June 2020. Thus, the Board of Ferrexpo believes that the second appeal should be successful, given that the constraint is appropriate or reasonable grounds in accordance with the legislation of Ukraine.

the Group believes that this limitation is due to the current in Ukraine the issues concerning Konstantin Zhevago and one of the companies he owned until 2015.

"Production activities Ferrexpo remains unchanged, since the freezing of the shares does not affect the ownership of shares, but prohibits their transfer. In addition, Ferrexpo AG does not intend and never intended to transfer his share in the FPM," said the company.

Recall that on 2 June the Kyiv court of Appeals removed restrictions from 50.3% stake in Ferrexpo Poltava Mining (FPM), established in January on the case of former people's Deputy of Ukraine Konstantin Zhevago and the Bank "Finance and Credit".

"the decision of the Kyiv court of appeal is the Supreme court decision in this matter, and, as such, it is the final stage of the appeals process," - thought then in a press-service of Ferrexpo.

In 2015 Zhevago, who at that time was the owner of the Bank "Finance and Credit", concluded with the National Bank of Ukraine (NBU) contract of guarantee on repayment of refinancing loans in several loan agreements, assuming personal liability for the repayment of financial institutions.

In December 2015, the NBU has applied to the court to recover the debt in court. 17 September 2015 the NBU has adopted a decision on the classification of Bank "Finance and Credit" in the category of the insolvent. At the time of this decision, the shareholder of the Bank was Konstantin Zhevago, who indirectly owned shares in 97,67% of the shares.

Ferrexpo is a Swiss iron ore company with assets in Ukraine. The main activity is the manufacture and export of high quality iron ore pellets used in steel production.

Group Ferrexpo is the largest producer and exporter of pellets among countries b. Of the Soviet Union. In 2017, the company produced 10.4 million tons of iron ore pellets. The main customers are steel mills from Austria, Germany, Japan, South Korea, Taiwan, China, Slovakia, Czech Republic, Turkey, Vietnam and the United States.

Shares Ferrexpo is listed on the main market of the London stock exchange.

Финансовая аналитика, прогнозы цен на сталь, железную руду, уголь и другие сырьевые товары. More news and analytics on Metallurgprom telegram channel - subscribe to get up-to-date market information and price forecasts faster than others.
Сomments
Add a comment
Сomments (0)
On this topic
Ferrexpo has achieved removal of arrest from shares of Poltava GOK
Kiev Court of Appeal froze operations with shares of Ferrexpo Poltava Mining
Ferrexpo has achieved the removal of restrictions on operations with shares of Poltava GOK
The court blocked operations Ferrexpo Poltava Mining
The Board of Directors of Ferrexpo has announced the payment of interim dividend for the year 2020
Mining company Zhevago has invested in the Ukrainian assets of about 6 billion UAH
Recommended:
Analysts predict 5% annual growth in the iron casting market through 2030
The pipe metallurgical plant in Nikopol continued to work after a short stop
The owner of the Dnipro iron and steel works commented on reports of absentee arrest in the Russian Federation
News Analytics
Analysts predict 5% annual growth in the iron casting market through 203006-12-2022, 12:44
Oman to build a new steel plant worth $3 billion in 3 years06-12-2022, 12:14
Tesla's Shanghai gigafactory set a new record for electric vehicle shipments in05-12-2022, 15:24
Sanjeev Gupta may lose control of his steel plants in Belgium05-12-2022, 13:55
Steel demand and weather in Australia will affect coking coal prices05-12-2022, 13:16
Analysts predict 5% annual growth in the iron casting market through 203006-12-2022, 12:44
Commodity prices will fall, metals quotes will rise slightly - Focus Economics28-11-2022, 13:28
Platinum market to face shortage next year - WPIC22-11-2022, 18:25
Global steel demand falls and will fall by 2.3% in 2022: WorldSteel19-10-2022, 23:12
Iron ore prices fall to 11-month low15-10-2022, 10:36
Sign in with: