Ferrexpo was allocated for the development of Poltava, the eristovsky GOK * L and in 2019 more than 5.8 billion hryvnia. 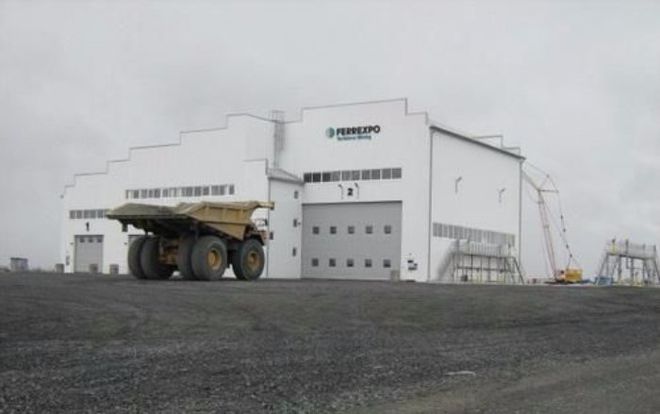 the Company Ferrexpo former people's Deputy of Ukraine Konstantin Zhevago on the results of the 12 months 2019 invested more than 5.8 billion hryvnia (about 211,3 million U.S. dollars) in the development of the Poltava, and Belanovsky of the eristovsky GOK Ferrexpo constituent that exceeded the same period of 2018. About it announced in the publication "the Kremenchug newspaper".

the Above investments Ferrexpo do not include the cost of major repairs and capitalized expenditures, which was carried out in addition.

According to the approved by the Board of Directors of the investment program, Ferrexpo for January-December last year invested in support of the deposits and the development of the Poltava GOK (PGOK, Ferrexpo Poltava Mining, FPM, included in Ferrexpo) over 3 billion 893 million (more than 150,6 million U.S. dollars) in the development of the eristovsky and Belanovsky GOK (IGOK, Ferrexpo Yeristovo Mining, FYM, part and BGOK Ferrexpo, Ferrexpo Belanovo Mining, FBM group Ferrexpo) – more than 1 billion 936 million (more than 60.7 million U.S. dollars).

Tools of AGOCA and Bgok was invested in the processing, the development of railway tracks and objects in the projects of capital construction of the quarry and infrastructure, geological and other works.

As reported, Ferrexpo in 2019 produced 10,519 thousand tons of iron ore pellets from its own raw materials.

Ferrexpo is a Swiss iron ore company with assets in Ukraine. The company's main activity is the manufacture and export of high quality iron ore pellets used in steel production. Ferrexpo is the largest producer and exporter of pellets among the countries of the former USSR. Current production assets – Poltava and Eristovsky GOK. Ferrеxpo plc owns 100% of Ferrexpo AG, which in turn owns 100% shares of Poltava GOK and 100% of the shares of the eristovsky GOK.

Recommended:
The largest Texas energy company files for bankruptcy
Tesla will become a strategic partner of one of the largest nickel mines
Russia expanded sanctions against Ukraine
On this topic
Ferrexpo increased total pellet production by 7.4%
Ferrexpo expects volatility in the iron ore market and postpones the payment of dividends
The court blocked operations Ferrexpo Poltava Mining
Ferrexpo Konstantin Zhevago will pay specailizing in the amount of 6.6 USD on share
Konstantin Zhevago has resigned as CEO of Ferrexpo due to issues in Ukraine
Ferrexpo denies reports of legal prosecution of Konstantin Zhevago
Add a comment
Сomments (0)
News Analytics
US Senate Adopts $ 1.9 Trillion Stimulus Package06-03-2021, 23:54
Tibet invests about $ 30 billion in infrastructure projects in 5 years06-03-2021, 14:39
Siemens Energy promised Deutsche Welle to closely monitor democracy in Belarus06-03-2021, 10:32
US and EU suspend the collection of duties that were imposed against each other05-03-2021, 22:48
Turboatom and Electrotyazhmash discussed prospects for cooperation under05-03-2021, 19:04
Spread between raw materials and high strength alloy steel in Europe increased01-03-2021, 20:21
Increase in prices is forecasted in the markets of steel raw materials -26-02-2021, 09:25
Troy ounce of gold will drop $ 500 in two years - Fitch25-02-2021, 18:29
Global iron ore production growth to outstrip cumulative production in India23-02-2021, 10:22
Fitch Ratings Warns of “Shocking Impact” on Fossil Fuel Exporters18-02-2021, 14:44
Sign in with: