At a meeting of the Verkhovna Rada of Ukraine Committee on Environmental Policy and Environmental Management held on Thursday, a draft law on amendments to some legislative acts of Ukraine regarding the improvement of legislation in the field of subsoil use was considered. 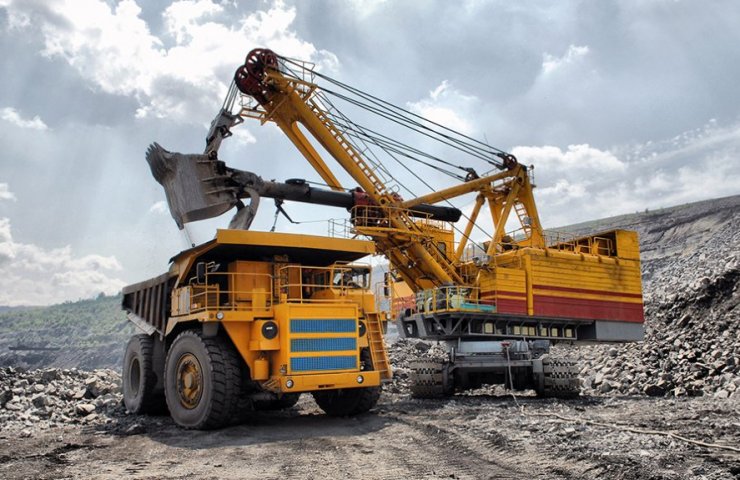 Draft Law No. 4187 "On Amendments to Certain Legislative Acts of Ukraine Concerning Supporting the Development of Domestic Subsoil Use Industries", finalized by the Verkhovna Rada of Ukraine Committee on Environmental Policy and Environmental Management, was adopted as the basis for its presentation and approval by deputies in the first reading.

After taking into account all the comments that were received from the People's Deputies of Ukraine, the Committee on Anti-Corruption Policy, the National Agency for the Prevention of Corruption, the Main Scientific and Expert Department of the Office of the Verkhovna Rada of Ukraine, the Office of Simple Decisions and Results, business associations and public organizations The Committee decided to adopt the revised draft law as a basis and recommended it for consideration by the Verkhovna Rada of Ukraine in the first reading.

The meeting participants noted the high quality of the bill. Additional comments received during the discussion will be considered and taken into account when preparing the document for the second reading in the Verkhovna Rada of Ukraine.

“Modernization of the legal framework will contribute to the effective use of mineral resources, is one of the priorities of the State Geosupport. We are making every effort to develop the subsoil use industry, - said Roman Opimakh, Head of the State Service of Geology and Subsoil of Ukraine. - Bill 4187 is intended to make the industry attractive for investments, and the rules of the game are clear and predictable. ”

The initiative was developed in close cooperation with the State Geological Survey and is designed to modernize and deregulate relevant legislation. In particular, the bill provides for the liberalization of the circulation of special permits, fixes the transparency of the rules for subsoil use, simplifies a number of procedures for interaction between business and the state apparatus.

“The document is a synthesis of the best provisions of the alternative bill No. 4187-1 and takes into account the comments submitted by the business community. It contains a number of initiatives aimed at simplifying the procedure for granting subsoil for use and increasing the potential of the industry, ”the website of the European Business Association says.

The objectives of the reform are very simple and include the maximum reduction and simplification of the procedures for obtaining licenses for subsoil use, a significant reduction in the number of state bodies that influence the process, thereby reducing the opportunities for corruption.

Recommended:
The Chinese company Sany has become the first in the world in the sale of excavators
Interpipe delivered locomotive wheels to Mauritania
Hydropower of the Kakhovskaya HPP last week identified and neutralized saboteurs
On this topic
The President of Ukraine enacted the NSDC decision on the state of affairs in the field of subsoil
How can integrated subsoil use objects help the development of raw materials exports in Ukraine?
The Association of the Extractive Industries of Ukraine declared injustice in the bill
Extractive industry development roadmap will ensure Ukraine's GDP growth of $ 34 billion
Ukraine detensive the scrap metal market in the spring
Ukrainian customs will protect intellectual property in a European way
Add a comment
Сomments (0)
News Analytics
Demand for scrap metal in Ukraine exceeds supply by 5%19-06-2021, 11:45
Ukraine resumed sea purchases of gasoline due to restrictions on supplies from19-06-2021, 11:38
Installation of the first mine hoisting machine of Uralmashzavod began in Altai19-06-2021, 11:46
European designers have learned to inflate steel structures that could be a18-06-2021, 17:42
In Ukraine, police were accused of involvement in the theft of coal from trains18-06-2021, 17:51
Vaccinations fuel demand for platinum - World Platinum Investment Council08-06-2021, 12:55
Sharp price growth continues in the rolled metal market - Ukrpromvneshexpertiza08-06-2021, 11:04
Analysts note overheating of the global scrap metal market01-06-2021, 13:28
Hydrogen-fueled steelmaking could be competitive after 2050 - McKinsey19-05-2021, 14:22
Steel raw material prices are skyrocketing across the board18-05-2021, 12:34
Sign in with: