The State Service of Geology and Mineral Resources of Ukraine is actively looking for foreign investors to develop deposits of strategic metals, as well as gold and hydrocarbons. 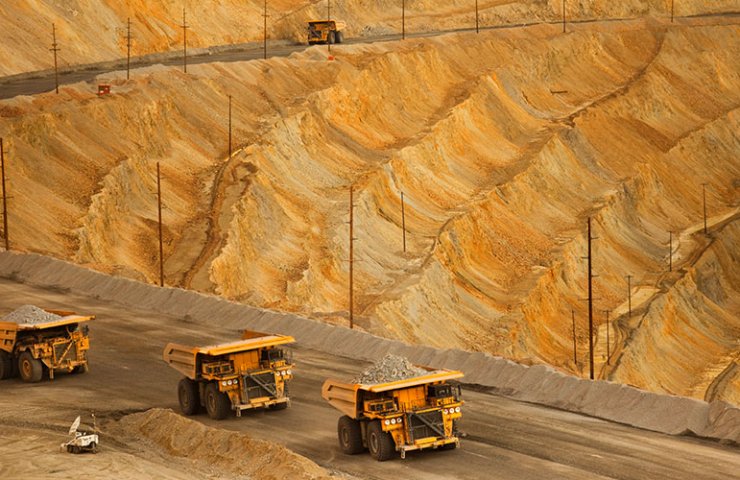 Head of the State Service of Geology and Subsoil of Ukraine Roman Opimakh presented to French investors the subsoil plots with deposits of critical and strategic minerals for purchase at electronic auctions. The online meeting was organized by the Ukrainian Embassy in the French Republic and the UkraineInvest Investment Promotion and Support Office.

In particular, R. Optimah offered foreign partners to develop deposits of lithium, titanium, nickel, cobalt, niobium, zirconium, as well as gold and hydrocarbons. The head of the State Geological Survey also informed the meeting participants about the conditions for familiarizing themselves with geological information and the procedure for participating in electronic auctions.

“The development of partnership with the European Union has a number of advantages due to its close geographical location and strong political and economic ties. The priority of the State Geological Service is to attract investments, including foreign ones. We are pursuing a consistent policy in this direction - we have begun a series of meetings with representatives of foreign and international companies, business circles and government organizations, where we talk about the specifics of doing business in Ukraine and present vacancies with deposits of critical and strategic raw materials, ”said the chairman of the State Geological Survey to the French.

During a lively discussion, the webinar participants discussed the prospects for cooperation between Ukraine and France in the development of Ukrainian subsoil, as well as norms, investment incentives and ways for French businesses to enter the Ukrainian subsoil market.

As a result of the meeting, the parties agreed to continue business communication. In particular, representatives of the French business association "Avenia" planned to hold a meeting with the members of the union to clarify current issues and continue discussions with the Ukrainian side about the start of joint investment projects.

Earlier this week, the Chairman of the State Geological Survey made a similar offer to Austrian businessmen. “Our goal is to revive the market, raise its competitiveness and create a positive image of the country for the development of the Ukrainian economy,” said R. Optimakh.

Recommended:
AvtoVAZ raised prices for the fourth time since the beginning of the year due to the rise in prices for metal products
G20 Finance Ministers Sign Global Tax Agreement at Venice Summit
The world's first magnetic levitation train with a speed of 600 km /h rolled off the assembly line in China
On this topic
Ukraine calls on American companies to develop deposits of strategic metals
State Service of Geology and Mineral Resources of Ukraine will continue to fight for investments -
Mineral resources can become a driver of the Ukrainian economy - head of the State Geological
In Ukraine, more deposits of metals and minerals have already been put up for sale than in the
Ukraine has enough "metals of the future" for the development of innovative technologies -
The head of the State Geological Survey of Ukraine offered ArcelorMittal Kryvyi Rih deposits of
Partner news
Сomments
Add a comment
Сomments (0)
News Analytics
National Bank of Ukraine predicts economic growth in 2021 by 3.8%29-07-2021, 23:32
"Electrotyazhmash" shipped the stator housing of the hydrogenerator to the29-07-2021, 18:00
Gas price in Europe exceeded $ 500 per thousand cubic meters29-07-2021, 16:43
German concern ThyssenKrupp sells its mining business29-07-2021, 16:22
We are working hard: Ukrzaliznytsia records record indicators of daily load29-07-2021, 11:56
Steel raw materials prices decline in all regional markets27-07-2021, 11:57
On the regional markets of metallurgical products, prices are balancing in a22-07-2021, 16:22
Demand for armaments will ensure a stable growth of armored steel sales by 4%20-07-2021, 10:10
Protectionist Measures Support European Steel Prices Despite Summer Lull19-07-2021, 11:02
Positive price growth is observed in the markets for metallurgical products16-07-2021, 14:12